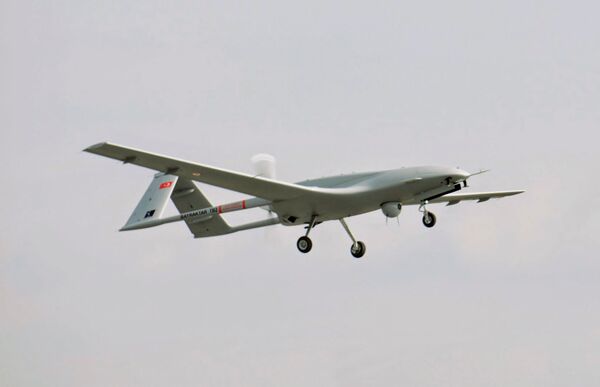 Baykar is to donate three further Bayraktar TB2 UCAVs to Ukraine, to add to the one aircraft it gifted earlier in June. (Baykar)

Baykar, the Turkish manufacturer of the Bayraktar TB2, is to donate additional unmanned combat aerial vehicles (UCAVs) to Ukraine, refusing to accept crowd-funded payment for the aircraft.

Baykar announced the gifting of three UCAVs on 27 June, saying that “The People's Bayraktar” campaign to raise funding for the procurement should instead redirect the monies raised to “the struggling people of Ukraine”.

“Baykar will not accept payment for the TB2, and we will send three UAVs free of charge to the Ukrainian war front,” the company said.

This latest donation comes about three weeks after Baykar said it would donate a Lithuanian-funded Bayraktar to Ukraine, also saying that the funds collected by the Lithuanian public for the purchase should instead be given to Kyiv for humanitarian aid.

While Baykar did not disclose the level of funding raised, Lithuania's Defence Minister Arvydas Anušauskas said that EUR6 million (USD6.4 million) had been collected for the single Bayraktar.

The Bayraktar TB2 is a medium-altitude long-endurance (MALE) UAV, which was developed to provide the Turkish Armed Forces with a tactical intelligence, surveillance, target acquisition, and reconnaissance capability. According to Janes All the World'sAircraft: Unmanned, the Bayraktar TB2 is 6.5 m long and has a 12 m wingspan. With a maximum take-off weight of 630 kg, the air vehicle can carry up to 55 kg in mission system and/or weapons payload. Performance specifications give the Bayraktar TB2 a cruising speed of 70 kt, a range of 150 km, an endurance of 24 hours, and a service ceiling of about 30,000 ft.

Baykar, the Turkish manufacturer of the Bayraktar TB2, is to donate additional unmanned combat aeria...