This work is being undertaken at facilities in the UK with MAN Truck & Bus as prime contractor and RMMV responsible for supplying the conversion kit that is produced at its main military truck manufacturing facility in Vienna. 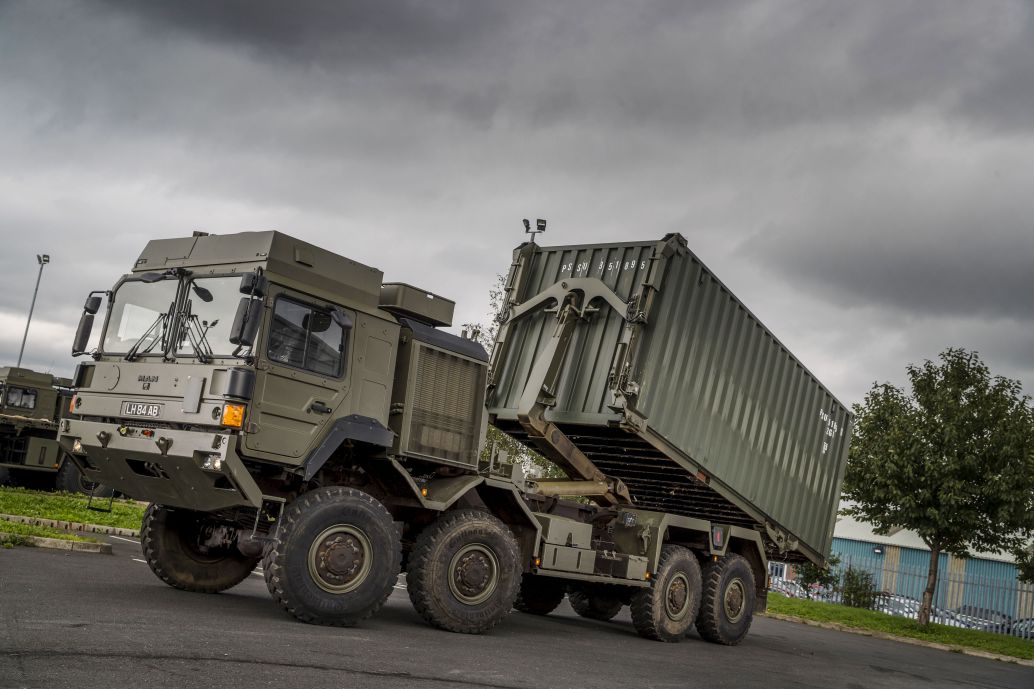 The hook loading system is made by Cargotec, which has co-operated with RMMV for various international customers including Australia, New Zealand, Norway, and Sweden. These HX 8×8 trucks are fitted with a standard fully enclosed and air conditioned forward control cab that can accept an applique armour kit.

The upgraded vehicles are designated as the EPLS3, and are replacing the Leyland DAF 8×6 Demountable Rack Off-loading and Pick up System (DROPS) Medium Mobility Load Carrier (MMLC) fitted with a Cargotec Mk 4 handing system with a nominal load of 16.5 tonnes, or a 20 ft ISO container system deployed by the British Army.

When compared to the older DROPS, the new EPLS3 have greater cross-country mobility (8×8 drive rather than 8×6).

In addition to the EPLS conversion, quantities of RMMV 8×8 trucks have also been allocated for other battlefield missions including the MBDA Land Ceptor surface-to-air missile system. Those 8×8s were provided to MBDA as government furnished equipment from British Army stocks.