The United Kingdom is to upgrade its Lockheed Martin F-35 Lightning II Joint Strike Fighter (JSF) combat aircraft with the new Distributed Aperture System (DAS) announced in 2018, in line with other international customers. 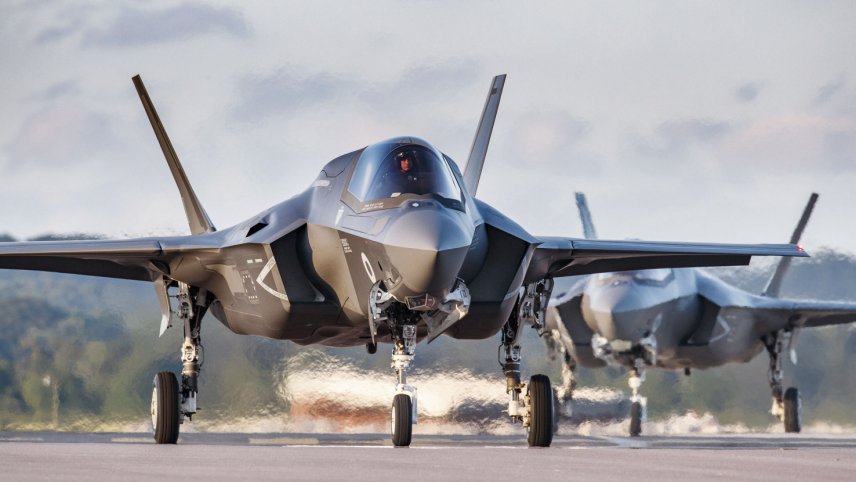 The F-35’s DAS housing is seen forward of the front undercarriage doors. The UK is to fall into line with its programme partners in equipping its aircraft with a new DAS system from 2023. (Crown Copyright)

The Ministry of Defence (MoD) told Jane’s on 7 January that the UK has decided to fall in line with the wider F-35 programmatic effort to swap the current Northrop Grumman AN/AAQ-37 DAS with a new system to be developed by Raytheon. Previously, the UK government had said that no decision would be made until it understood the time and cost implications of the upgrade.

“All F-35 production aircraft produced from 2023, for all F-35 partner nations including the UK, will be fitted with a new DAS. There will be a retrofit programme to modify partner nation aircraft delivered before 2023 with the next-generation DAS,” an MoD spokesperson said.

In June 2018 Lockheed Martin announced that from Lot 15 production in 2023 it is to switch DAS suppliers to “enhance capability and reduce cost”. This timeline coincides with the commencement of deliveries of Block 4 (now known as Continuous Capability Development and Delivery [C2D2]) full-operating configuration in the early 2020s, which will be the first post-system design and development (SDD) standard (Block 4 is to be rolled out in increments from 2020, with the full configuration being made available from 2023).