UK signs up for JAGM missile

The United Kingdom has placed its first order for the Lockheed Martin AGM-179 Joint Air-to-Ground Missile (JAGM) weapon system developed for the US military. 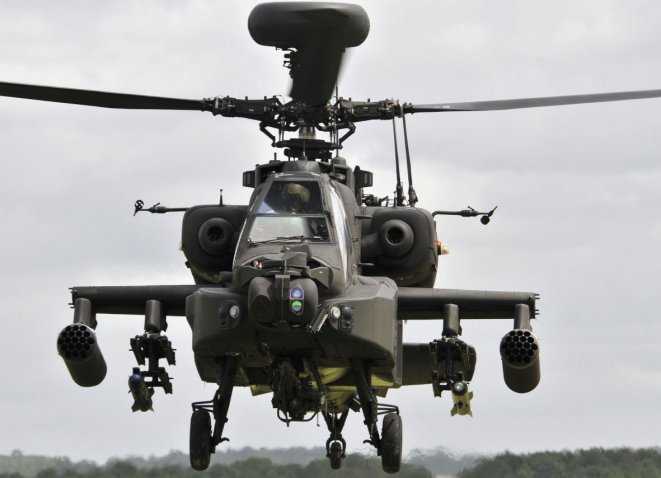 The UK is acquiring JAGM missiles, which could be integrated onto any US-built rotary- or fixed-wing aircraft with an air-to-surface mission set, including the Apache attack helicopter. (Janes/Patrick Allen)

The US Department of Defense (DoD) announced on 11 March that the manufacturer had been awarded USD201.75 million for United States and international JAGM production, some of which will come from fiscal year (FY) 2010 UK Foreign Military Sales (FMS) funding.

No details as to the number of missiles were disclosed, although the contract notification noted that work would be complete by 31 December 2023. No platform type was mentioned, although in UK service the JAGM could be integrated onto any US-built rotary- or fixed-wing aircraft with an air-to-surface mission set, including the Boeing AH-64 Apache attack helicopter, the General Atomics Aeronautical Systems Inc MQ-9 unmanned aerial vehicle, and the Lockheed Martin F-35B Lightning II Joint Strike Fighter.

As noted by Janes Weapons: Air-Launched (JALW), the JAGM programme is a US Army-led pre‐Major Defense Acquisitions Program (MDAP) with joint involvement from the US Navy (USN) and US Marine Corps (USMC), as well as a co‐operative developmental effort with the UK. The JAGM replaces airborne TOW, AGM‐114 Hellfire, and AGM‐65 Maverick missiles, and it is aimed to support more efficient logistics by replacing several missile variants with a single, interoperable weapon.

The United Kingdom has placed its first order for the Lockheed Martin AGM-179 Joint Air-to-Ground Mi...