The UK Ministry of Defence has released details of the Royal Navy’s (RN’s) forthcoming carrier strike group (CSG) deployment to the Indo-Pacific region, confirming plans for visits to more than 40 countries, including India, Japan, South Korea, and Singapore. 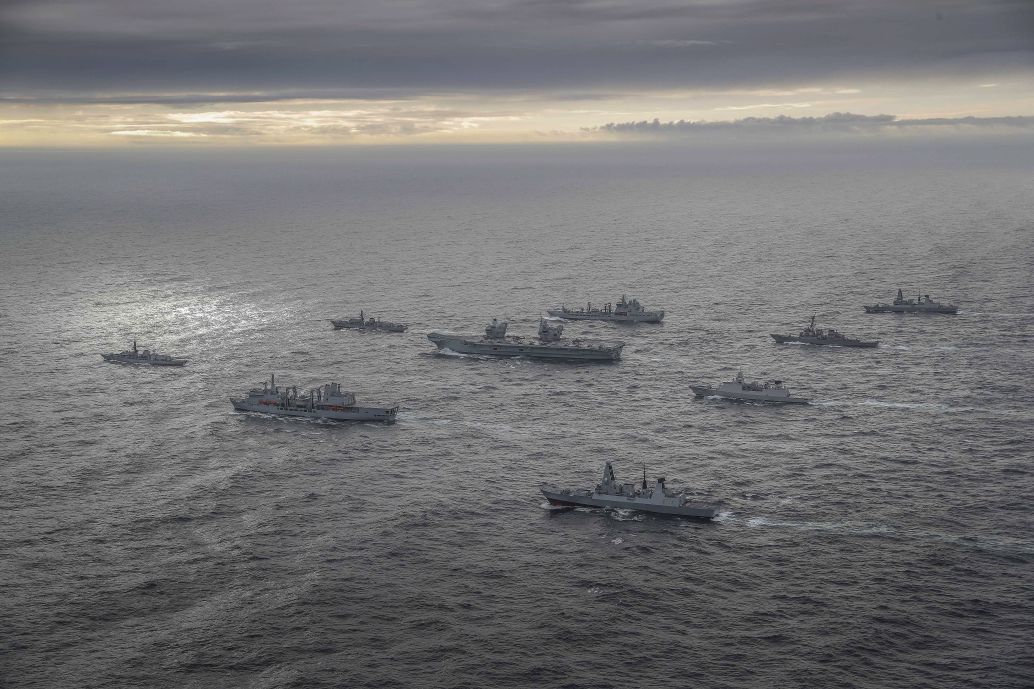 Announced by Defence Secretary Ben Wallace on 26 April, CSG21 will represent the UK’s largest maritime task group deployment since the late 1990s. The force, which will also include assets from the Royal Netherlands Navy (RNLN), US Navy (USN) and US Marine Corps (USMC), is due to begin the 28-week deployment in late May.

Led by the aircraft carrier HMS Queen Elizabeth, CSG21 is intended to exercise the RN’s newly regenerated carrier strike capability with allies and partners while at the same time strengthening existing defence partnerships in the region as part of the UK’s post-Brexit tilt towards the Indo-Pacific region. Units from the strike group are expected to visit more than 40 countries and undertake over 70 engagements during the course of the deployment.

Alongside flagship Queen Elizabeth, the force will include the Type 45 destroyers HMS Defender and HMS Diamond, the Type 23 anti-submarine frigates HMS Kent and HMS Richmond, and the Royal Fleet Auxiliary support ships RFA Fort Victoria and RFA Tidespring. An unidentified Astute-class nuclear-powered attack submarine will be deployed in support.

Also sailing as part of the CSG21 group will be the USN DDG-51 Flight I guided missile destroyer USS The Sullivans, and the RNLN air defence and command frigate HNLMS Evertsen.

The Royal Navy (RN) reported on its website on 26 March that nine of its vessels had completed a “co...