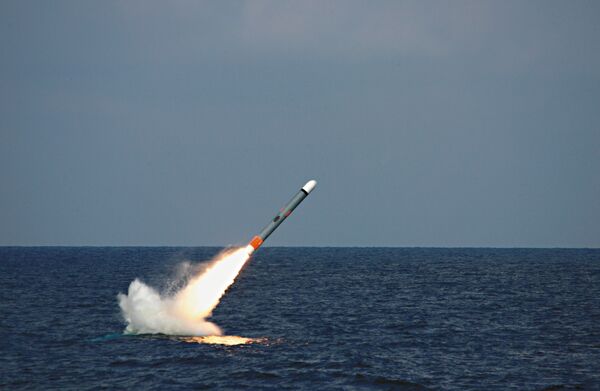 A Block IV Tomahawk missile surfaces shortly after being launched from a Royal Navy submarine. (Raytheon)

The UK is planning to recertify and upgrade its inventory of Tomahawk Block IV cruise missiles to Block V standard under a Foreign Military Sales (FMS) case with the US government.

Janes has learnt that the MoD plans to sign the FMS case later this year. The contract will last five years, with Raytheon Missiles and Defense taking the prime contractor role on behalf of the US government.

A notification released by the US Defense Security Cooperation Agency (DSCA) revealed that the State Department has approved an FMS contract valued at up to USD368.5 million covering the upgrade of the UK missile stock, plus in-service support for the Tactical Tomahawk Weapon Control System (TTWCS) and mission planning facilities.

According to the DSCA, the UK has requested to buy follow-on support for all three segments of the Tomahawk system: the all-up-round itself; TTWCS; and the theatre mission planning centre. Alongside the recertification of the UK's missiles, the scope includes missile maintenance and spares; training; in-service support; software; hardware; communication equipment; operational flight test; and the provision of engineering and technical expertise.

The UK is planning to recertify and upgrade its inventory of Tomahawk Block IV cruise missiles to Bl...