UK sells E-3D to US Navy as ‘Doomsday' trainer aircraft

The sale was announced by the US Department of Defense (DoD) on 30 June, with the UK Ministry of Defence (MoD) being awarded USD15 million for the aircraft. Work will be performed at Lake Charles Airport in Louisiana (site of Northrop Grumman's Lake Charles Maintenance and Modification Center), where the aircraft is understood to be stored, with delivery to the USN by September.

As previously reported by Janes , the USN requires the E-3D to serve as flight trainer for the E-6B to reduce fatigue on the C3 fleet of 16 aircraft, dubbed ‘Doomsday' on account of their nuclear control mission. Both the E-6B and the E-3D share the same Boeing 707-320 airframe. Being fitted with the same flight controls and systems and engines would enable all non-mission-related training to be conducted on the cheaper and non-operational surplus E-3D instead.

The USN noted, “The E-6B is integral to US nuclear C3 system, and provides assured capability for US nuclear force execution. Currently, the US Navy conducts all initial and recurring E-6B pilot training flight in E-6B mission aircraft. These training flights expose mission aircraft to significant unnecessary wear-and-tear and negatively impact E-6B readiness and availability. Moreover, lack of a dedicated training aircraft increases the time required to train qualified aircrews needed to execute the E-6B mission. The purchase of an [E-3D] in-flight trainer aircraft will result in the reduction of 600 flight hours and 2,400 landings/cycles per year from the E-6B mission aircraft.” 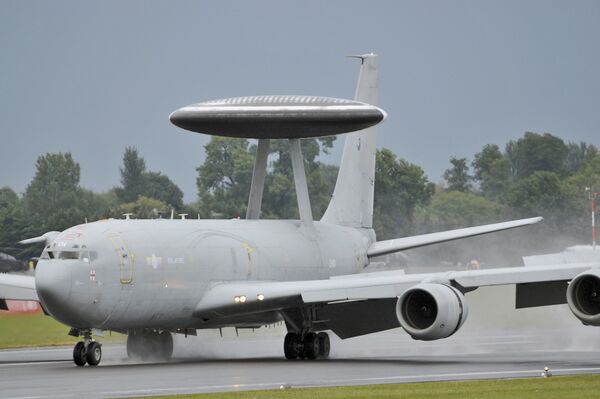 The sale was announced by the US Department of Defense (DoD) on 30 June, with the UK Ministry of Def...

Mercury Systems has expanded its defence footprint by acquiring fellow US electronics manufacturer A...

A strategic collaboration between UK-based defence and security company QinetiQ and US automotive ma...
Request Consultation