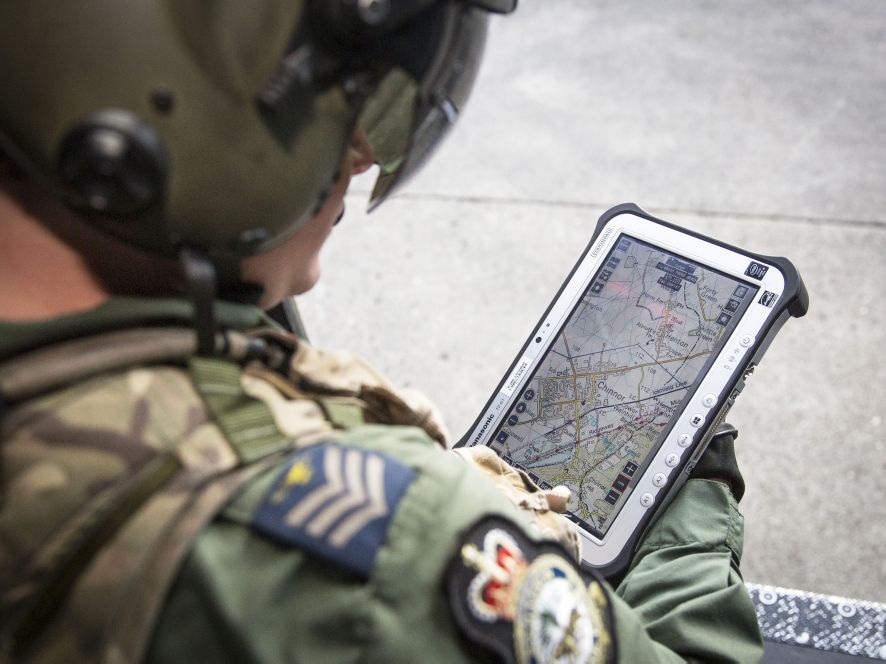 This contract extension with Joint Helicopter Command (JHC) will see RAF Benson’s 33 and 230 squadrons equipped with the system until 2025, with the Westland-Aerospatiale SA 330E Puma HC2 fleet using GECO MSS on all flying operations in the UK and internationally.

“The initial contract started in 2015 after the invitation to tender [ITT] sought a 10-year contract broken into two five-year spells, with the latter being an optional extension which has now been accepted,” Inzpire said, adding that full operating capability on the system was declared in early 2017.

GECO Air, as the system is known in its airborne configuration, is designed to complement an aircraft’s existing onboard avionics systems by bringing commercial off-the-shelf hardware technology to the cockpit. As previously noted by Inzpire, it can be used as a standalone device (as is the case with the UK Puma Force) or integrated directly into an aircraft.

Usually strapped to the pilot’s knee, the GECO Air removes the need for numerous, unwieldy, and often out-of-date maps cluttering the cockpit. As an Inzpire official previously explained to Janes

The United Kingdom has renewed for a further five years its Graphical Electronic Cockpit Organiser (...

Israel Aerospace Industries (IAI) is proposing to provide a replacement to the UK for its soon-to-be...
Thank you for your inquiry, a Janes representative will be in contact with you shortly.