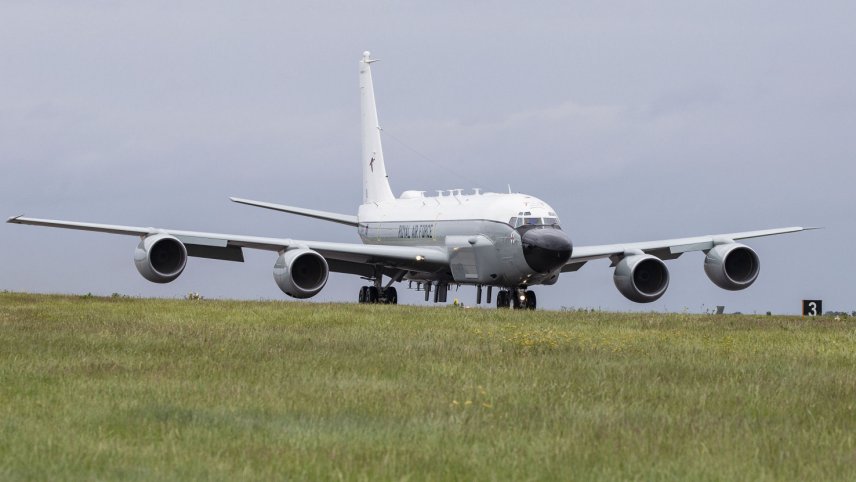 Airseeker ZZ664 has arrived back at RAF Waddington after receiving a major cockpit upgrade in the United States. (Crown Copyright)

The Ministry of Defence (MoD) announced on 14 July that aircraft ZZ664 has been delivered back to RAF Waddington in Lincolnshire following the modification work in the United States.

“Complete with its newly acquired world-leading technologies, ZZ664 has undertaken the first of a series of flight deck training sorties from RAF Waddington with the aim of shortly resuming exercises and operations covering a wide range of areas of interest for the UK,” the MoD said.

As noted by the ministry, the upgrade work has involved equipping the aircraft with a modern ‘glass’ flight deck in place of the legacy analogue deck of before. Defence Equipment and Support (DE&S), the MoD’s procurement arm, managed the programme of modifications and secured UK certification of the new flight deck.

“RJ-18’s (ZZ664) clearance for operations marks a huge milestone for the Delivery Team. As a culmination of four years’ work, the certification of this first-of-type flight deck is a brilliant achievement for a pivotal UK/US collaborative programme,” Air Commodore Mark Hunt, DE&S Air ISTAR Team Leader was quoted as saying.

The UK Royal Air Force (RAF) has received back into service the first of its three L3 Technologies R...

The UK Royal Air Force (RAF) is to trial the use of unmanned aircraft from the decks of the Royal Na...

UK includes Future Vertical Lift in modernisation agreement with US

The United Kingdom government has included the Future Vertical Lift (FVL) programme in a wider agree...