The UK Ministry of Defence (MoD) has contracted Leonardo for eight Type 163 laser target designators (LTDs). The contract, worth GBP800,000, was awarded in June 2021 for delivery the following month, and was revealed to Janes in August.

The invitation to tender (ITT), issued in April 2021, stated a requirement for the LTDs “to terminate the capability gap on Op CABRIT and enable training and currency to continue for Joint Terminal Attack Controllers (JTACs), notably for Very High Readiness (VHR) forces”. Operation CABRIT is the United Kingdom's contribution to the NATO mission in Estonia. 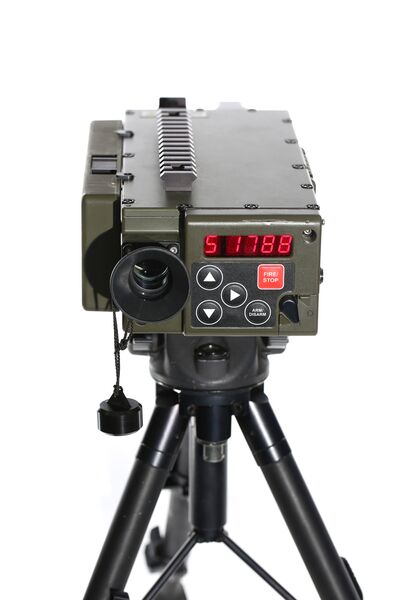 The Type 163 is in service with UK forces. It has a laser output power typically more than 80 mJ, weighs 2.5 kg including the battery, and measures 322 × 142 × 87 mm. Leonardo has recently upgraded it with an improved human-machine interface and will be adding an integrated digital magnetic compass later this year.

Andrew Sijan, Head of Advanced Targeting Campaigns at Leonardo, told Janes that more than 750 Type 163s are in use in 26 countries. Three NATO members had acquired the equipment since January, although he was unable to specify which these were. He said countries were either replacing obsolete and bulky equipment, or that the Type 163's saving in size, weight, and power and its high laser output made it an attractive option over some existing solutions.

Meanwhile, in the longer term the UK is replacing its JTAC targeting suite with the Dismounted Jointed Fires Integrator (DJFI) system from Elbit Systems UK, which is slated to enter service in 2022 but has a different LTD integrated into the system.