The deployment of advanced military capabilities across the Eastern Mediterranean requires new and better responses, according to senior British defence officials. 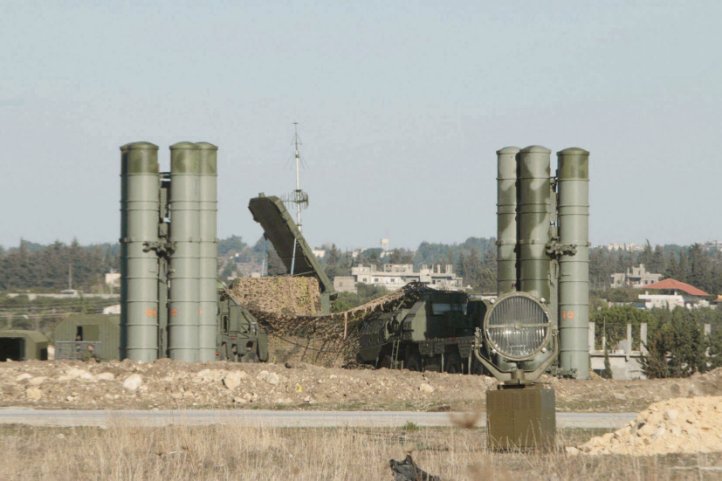 The S-400 deployed at Russia’s Humaymim Air Base in western Syria. (Russian Ministry of Defence)

The positioning of Russian anti-access, area denial (A2AD) systems in Syria were highlighted as a challenge to Western military operations in the region by General Sir Patrick Sanders, the head of the UK’s Strategic Command, at the Air & Space Power Association Conference 2020 held online on 15 July.

Secretary of Defence Ben Wallace told the same conference that Turkey’s use of electronic warfare, unmanned aerial vehicles (UAVs), and precision munitions in Libya and Syria as “game changing”.

Gen Sanders described Russian A2AD deployments as an “exemplar of multi-domain integration”. “We see this played out in Eastern Mediterranean right now,” he said. “The interplay of Russian systems since 2015 from the use of disinformation to the use of hard power has been continuously developed and has created an ‘A2AD bubble’ that they can turn on and off at will.”

“To defeat our adversaries in an environment like this we need to operate across all domains and at a high tempo,” he said. “Anything else will not work, that is the only way to overmatch [A2AD bubbles].”

The Russian military is known to have deployed a range of long-range assets to Syria that include an S-400 air defence system, Bastion coastal anti-ship missile launchers, new ‘Kilo’-class submarines, its latest fighters and strike jets, at least one Krasukha-4 electronic warfare system, and probably Iskander-M ballistic missiles.

The deployment of advanced military capabilities across the Eastern Mediterranean requires new and b...