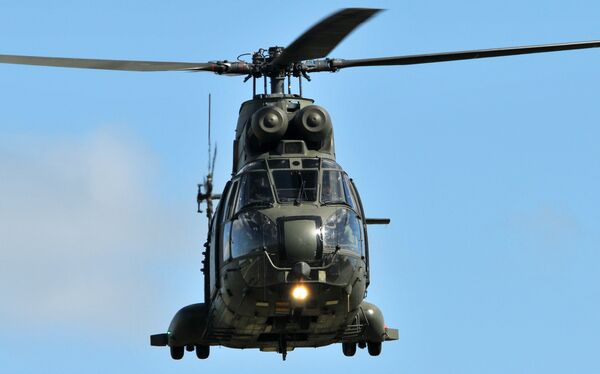 With the MoD shortly replacing its ageing fleet of Puma helicopters, it is looking to its future requirements via the Rotorcraft Concepts and Tactical Aviation Research effort announced on 11 May. (Janes/Patrick Allen)

The UK Ministry of Defence (MoD) has launched an effort designed to address its future military rotorcraft needs from the late 2030s.

Led by the Defence Science and Technology Laboratory (Dstl), the Rotorcraft Concepts and Tactical Aviation Research effort announced on 11 May is geared at identifying concepts for future rotorcraft systems for the land and maritime environments.

“To address the future challenges of operating in complex military environments, there is a need to continue research and development of aviation concepts and technologies as the MoD looks forward to replacing a number of existing capabilities in the latter part of the 2030's and beyond,” the Dstl said, adding that it is seeking a ‘delivery partner' to collaborate in the development and maturation of concepts and technologies for future rotorcraft and tactical aviation in contested, degraded, and operationally-limited (CDO) environments.

“The expectation is that the delivery partner construct will consist of a suitable organisation to lead a group of companies in a consortium-based approach to benefit from a broad range of relevant expertise, concepts, and technologies across the UK industry base,” it said.

The UK Ministry of Defence (MoD) has launched an effort designed to address its future military roto...