The United Kingdom has outlined a new ‘tilt’ towards the Asia-Pacific in its Integrated Review of Security, Defence, Development, and Foreign Policy, which was published 16 March.

“By 2030, we will be deeply engaged in the Indo-Pacific as the European partner with the broadest, most integrated presence in support of mutually-beneficial trade, shared security and values,” the document states using an alternative name for the region.

The UK’s emphasis on deepening ties in the Indo-Pacific, says the policy, is a response to “geopolitical and geoeconomic shifts” including China’s increasing international “power and assertiveness” and the growing importance of the region to “global prosperity and security”. 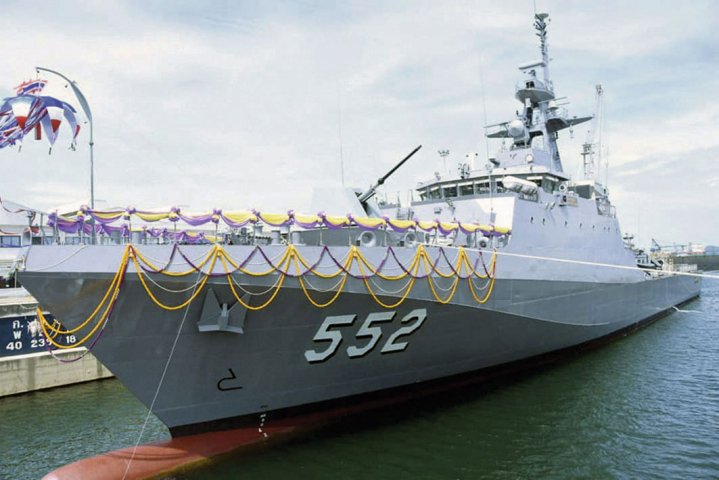 The UK is looking to expand defence exports to the Asia-Pacific in line with its newly published Integrated Review. The effort is partly intended to support projects such as Thailand’s construction of BAE Systems’ designed offshore patrol vessels (pictured). (Royal Thai Navy)

The policy says the UK will expand its profile through partnerships and co-operation. This continues a priority that had been expressed before, although its inclusion in the Integrated Review will likely formalise future efforts.

Such efforts, says the policy, will include engagement with existing regional defence, security and economic frameworks such as the Five Power Defence Arrangements (FPDA), the Association of Southeast Asian Nations (ASEAN), and the Comprehensive and Progressive Agreement for Trans-Pacific Partnership (CPTPP).

In terms of specific regional countries, the policy made reference to its partnerships in countries including India, Indonesia, Japan, South Korea, Malaysia, the Philippines, Singapore, Thailand, and Vietnam.

The UK’s intention to deepen ties with the Indo-Pacific is also aimed at boosting regional defence trade and industrial engagement.