Decisions on two major UK armoured fighting vehicle procurement programmes have been delayed to allow them to be considered as part of the country’s ongoing Integrated Security, Defence, and Foreign Policy Review, which is now expected to be revealed in February. 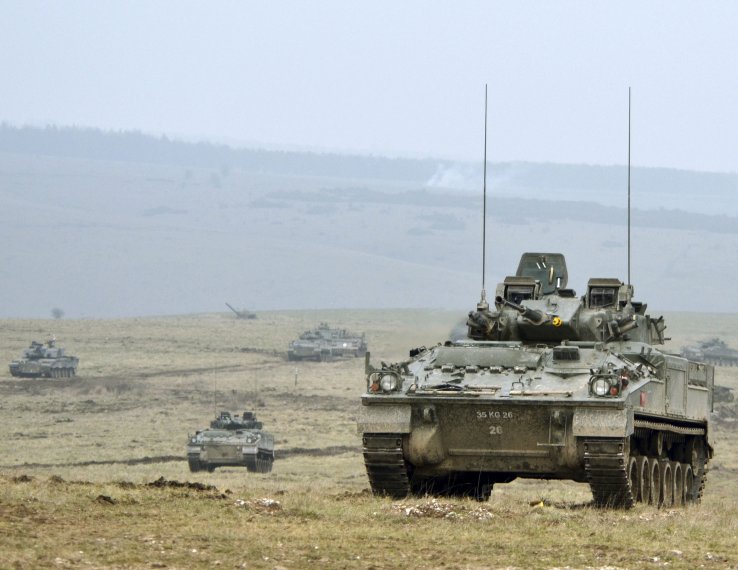 Main gate approval for the Warrior (foreground) and Challenger (background) upgrades could be delayed until at least March or April. (Janes/Patrick Allen)

Programmes to upgrade the British Army’s Challenger 2 main battle tanks and Warrior infantry fighting vehicles had been projected to receive their main gate approval to move to contract in December 2020 but senior Ministry of Defence (MoD) sources say this will now not take place until March or April at the earliest. Lieutenant General Christopher Tickell, deputy chief of the British Army General Staff, told the UK parliament’s defence committee in October 2020 that he expected the two programmes to be considered for main gate approval before the end of last year.

Main gate approval of the Tempest Future Combat Air System (FCAS) and the purchase of a batch of newbuild CH-47 Chinook support helicopters was also delayed by the 11 December 2020 meeting of the MoD’s Investment Approvals Committee, which brings together senior procurement officials to make final recommendations to government ministers.

A senior ministry source told Janes on 8 January that the decisions were delayed so they could be aligned with the Integrated Review process. UK Defence Secretary Ben Wallace said in a speech at the Royal United Services Institute on 11 December 2020 that the government intended to publish the Integrated Review in February, accompanied by a document detailing how the MoD plans to spend the GBP16.5 billion (USD22.4 billion) uplift in defence spending announced by Prime Minister Boris Johnson in November 2020. The defence source told Janes