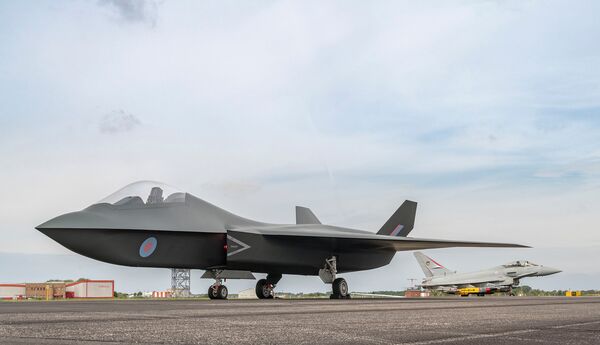 Visiting the company's Warton site in Lancashire on 29 July to formally announce the launch of the FCAS concept and assessment phase, UK defence secretary Ben Wallace told Janes that significant numbers of manned Tempest aircraft would be “built at scale” at Warton. Asked whether the widespread use of manned Tempest aircraft in conjunction with unmanned systems would drive down the number airframes required by the Royal Air Force (RAF) to significantly less that the 160 Eurofighter Typhoons ordered by the UK, Wallace said Tempest would not be a “boutique product”. “Volume matters,” he commented.

During his visit, Wallace announced the release of the first tranche of concept and assessment phase funding worth GBP250 million (USD348 million), which he described as a “momentous step in the next phase of our FCAS”. He said the “big decisions” on production numbers and the manned/unmanned mix would be made at the end of 2024.

The defence secretary toured BAE Systems' ‘Factory of the Future' demonstration laboratory, which is trialling advanced robotic manufacturing technology to be used in the Tempest programme.

Team Tempest executives at Warton said the concept and assessment phase contract award represented a stepping up of the programme's pace and a series of further awards of funding tranches from the UK Ministry of Defence are to be expected at regular intervals over the next three years.