The United Kingdom has confirmed it is to establish a joint operating unit with Qatar for the BAE Systems Hawk advanced jet trainer (AJT) aircraft as part of a wider military co-operation agreement signed by the two countries on 1 April. 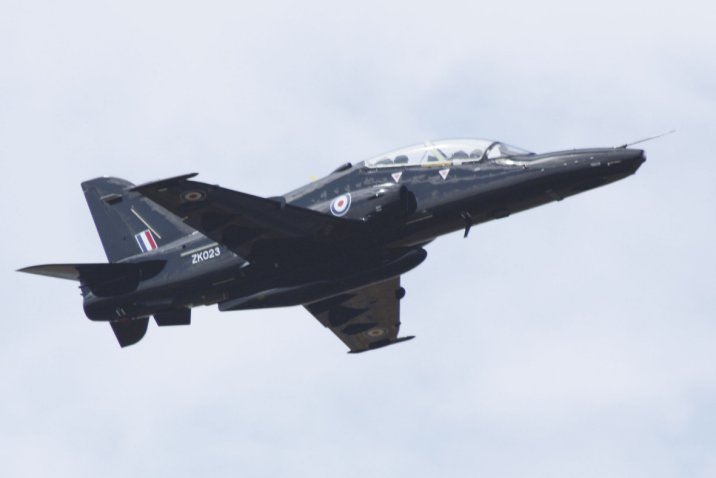 Seen in RAF service, the Hawk T2 will be operated by a joint UK-Qatari squadron to be formed at Leeming in North Yorkshire. (Janes/Gareth Jennings)

The unit, which will be based at Royal Air Force (RAF) Leeming in England, will operate the Mk 167 (T2 in RAF nomenclature) variant of the Hawk recently acquired by the Qatar Emiri Air Force (QEAF) in support of its Eurofighter Typhoon procurement.

“[UK] Defence Secretary Ben Wallace and his Qatari counterpart, His Excellency Dr Khalid bin Mohamed Al Attiyah, have announced an expansion of the relationship between each nation’s air force,” the UK Ministry of Defence (MoD) announced. “As part of the agreement, RAF Leeming in North Yorkshire will become the British base for the new UK-Qatar joint Hawk training squadron, utilising Qatar’s recently acquired fleet of nine Hawk T2 variant aircraft.”

The formation of the joint Hawk squadron that was first disclosed by bin Mohammmad al-Attiyah in October 2020. As noted by the MoD, it will provide additional flying hours for RAF pilots and see long-term international investment in new infrastructure and training facilities at RAF Leeming, including a Hawk training simulator and the refurbishment of existing facilities.

The United Kingdom is to support the procurement of an Airbus A330-200 MultiRole Tanker Transport (M...

Bell has described its 525 Relentless has being “an ideal aircraft” for the UK New Medium Helicopter...