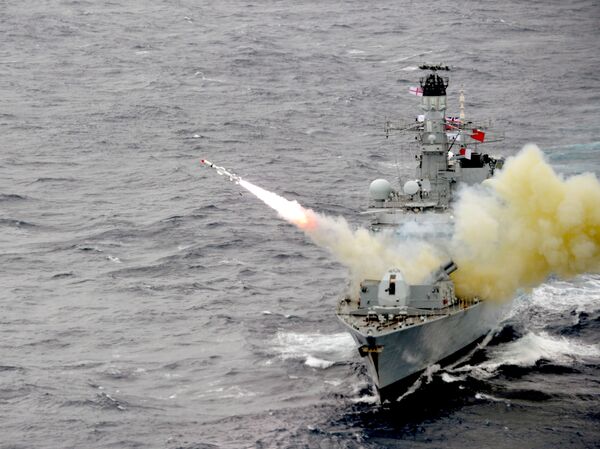 The UK Royal Navy (RN) faces an extended gap in its heavyweight over-the-horizon anti-surface warfare (ASuW) capability after plans for a limited buy of ship-launched anti-ship missile systems was abandoned.

Industry was formally notified by the Ministry of Defence (MoD) earlier this month that the Interim Surface-to-Surface Guided Weapon (I-SSGW) programme had been cancelled. This decision came despite a commitment in the March 2021 Defence Command Paper to procure a replacement for the RN's legacy ship-launched Boeing Harpoon Block 1C missile.

Harpoon Block 1C and its associated GWS 60 ship system are fitted to a number of Type 23 frigates. However, warstock obsolescence means that Harpoon will retired from RN service at the end of 2023.

With a new Future Offensive Surface Weapon (FOSuW) not entering service until the end of the decade at the earliest, the MoD in March 2019 announced its intention to procure an off-the-shelf SSGW to be fitted to five Type 23 frigates. Total programme cost – including missile procurement, inboard equipment, and ship installation and integration – was estimated at around GBP200 million (USD270 million).

The I-SSGW requirement called for a ship-launched over-the-horizon (>200 km) precision anti-ship capability, together with an additional terrain-following precision maritime land attack capability. It further indicated a first delivery of ship-installed equipment by December 2022, with initial missiles to follow by December 2023 commensurate with Harpoon's out of service date.