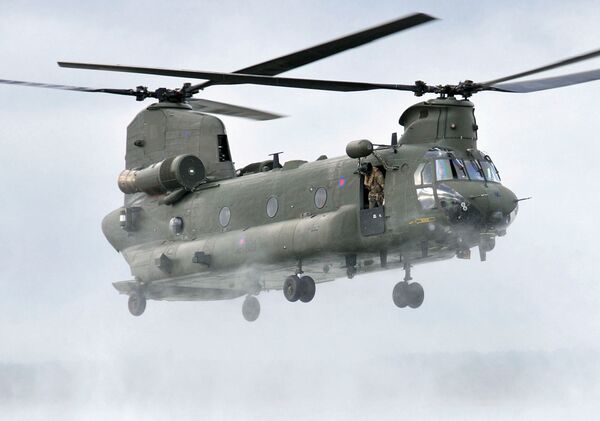 The RAF has upgraded its 38 HC4 Chinooks to the new HC6A standard, with the fitting of Boeing's Digital Automatic Flight Control System. (Janes/Patrick Allen)

The United Kingdom has completed the upgrade of its earliest Boeing Chinook heavy-lift helicopters, the manufacturer announced on 22 October.

The Royal Air Force's (RAF's) fleet of Chinook HC4 helicopters, the earliest of which were introduced in 1981 as the HC1, has been converted to the HC6A standard with the fitting of Boeing's Digital Automatic Flight Control System (DAFCS). DAFCS enables pilots to hover in place, or to land with limited visibility.

With 60 Chinooks in service, the US Special Operations Command contracted Boeing in June to build 14 H-47 Extended Range-variant Chinooks for the UK. The Foreign Military Sales contract will run through to July 2026. Broadly analogous with the MH-47G helicopter, the new Chinooks will be Block 2 standard (the first for a non-US customer), and fitted with some UK-specific avionics for commonality with the existing Chinook HC5/6/6A fleets.

The United Kingdom has completed the upgrade of its earliest Boeing Chinook heavy-lift helicopters, ...