The UK has ordered 13 more Protector RG Mk1 Remotely Piloted Air Systems (RPAS), UK Minister for Defence Procurement Jeremy Quin announced during a visit to the GKN Aerospace centre of excellence at Cowes on the Isle of Wight on 22 July. 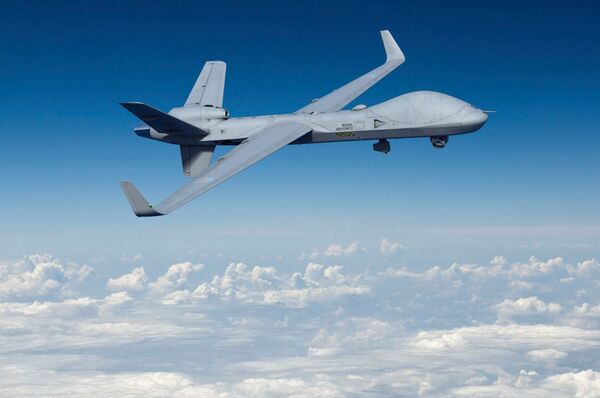 General Atomics Aeronautical Systems Inc (GA-ASI) said on its website later the same day that the UK Ministry of Defence was exercising a clause in the original contract for three Protector RPAS announced in July 2020, bringing the total number of systems to be delivered to 16.

The order for the additional RPAS is worth GBP195 million (USD230 million), and includes four more ground control stations and associated support equipment, according to the UK Royal Air Force (RAF) website. The service said it would receive the first aircraft in 2023, with an in-service date in mid-2024, adding that the 16 Protectors would double the capability provided by RAF Reaper RPAS. Protector will be operated from RAF Waddington in Lincolnshire.

Quin said, “Our fleet of 16 Protector aircraft ... will provide the RAF with a vast global reach, allowing us to monitor and protect the battlespace for hours on end.” The service added, “Protector will be deployed in wide-ranging intelligence, surveillance, targeting, and reconnaissance (ISTAR) operations, where its ability to fly consistently for up to 40 hours offers the RAF vastly improved armed ISTAR capability ... The fleet will also have advanced anti-icing and lightning protection, providing the RAF with unprecedented flexibility to operate in adverse weather conditions.”