ARTEC consortium partners Rheinmetall Landsysteme and Krauss-Maffei Wegmann (KMW) have awarded two separate subcontracts to Rheinmetall BAE Systems Land (RBSL) and WFEL respectively for the local production and assembly of Boxer armoured vehicles for the UK, according to press releases from the two companies on 24th and 19th November respectively. 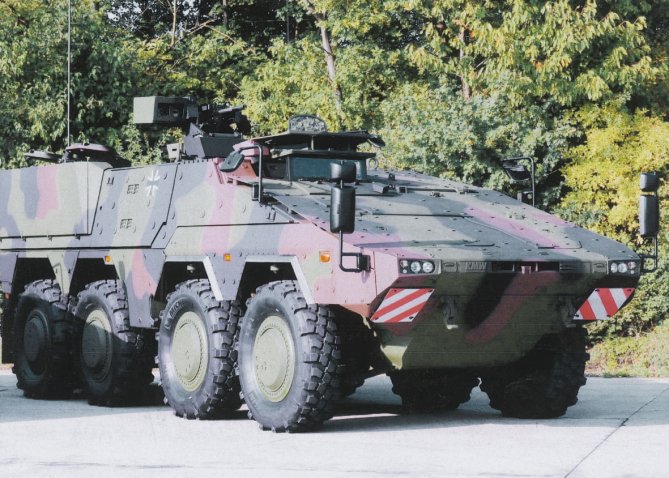 The UK has begun to award contracts for its procurement of the ARTEC Boxer. Boxer was originally developed as a collaboration between the UK and Germany, though the UK pulled out of the programme. Germany went on to field the Boxer from 2009, with a German Boxer APC A0 pictured here. (KMW)

RBSL and WFEL were selected by Rheinmetall and KMW respectively to be the UK Tier 1 suppliers and will operate one Boxer production line each. The sub-contracts follow the USD2.97 billion (GBP2.3 billion) contract awarded to ARTEC by the UK Ministry of Defence in November 2019 to deliver more than 520 Boxer vehicles in multiple configurations.

The value of KMW’s contract with WFEL has not been announced but a company representative told Janes that the contract involves at least 480 drive modules being produced by WFEL in the UK, with under half of them being assembled by WFEL into full vehicles covering the Infantry Carriers, Specialist Carriers and Ambulance variants. The remaining drive modules being produced by WFEL will be shipped to RBSL to construct the other full vehicles in a number of variants, including the Specialist Carrier.