BAE Systems has begun integrating the next tranche of UK-specific weapons onto the Lockheed Martin F-35 Lightning combat aircraft. 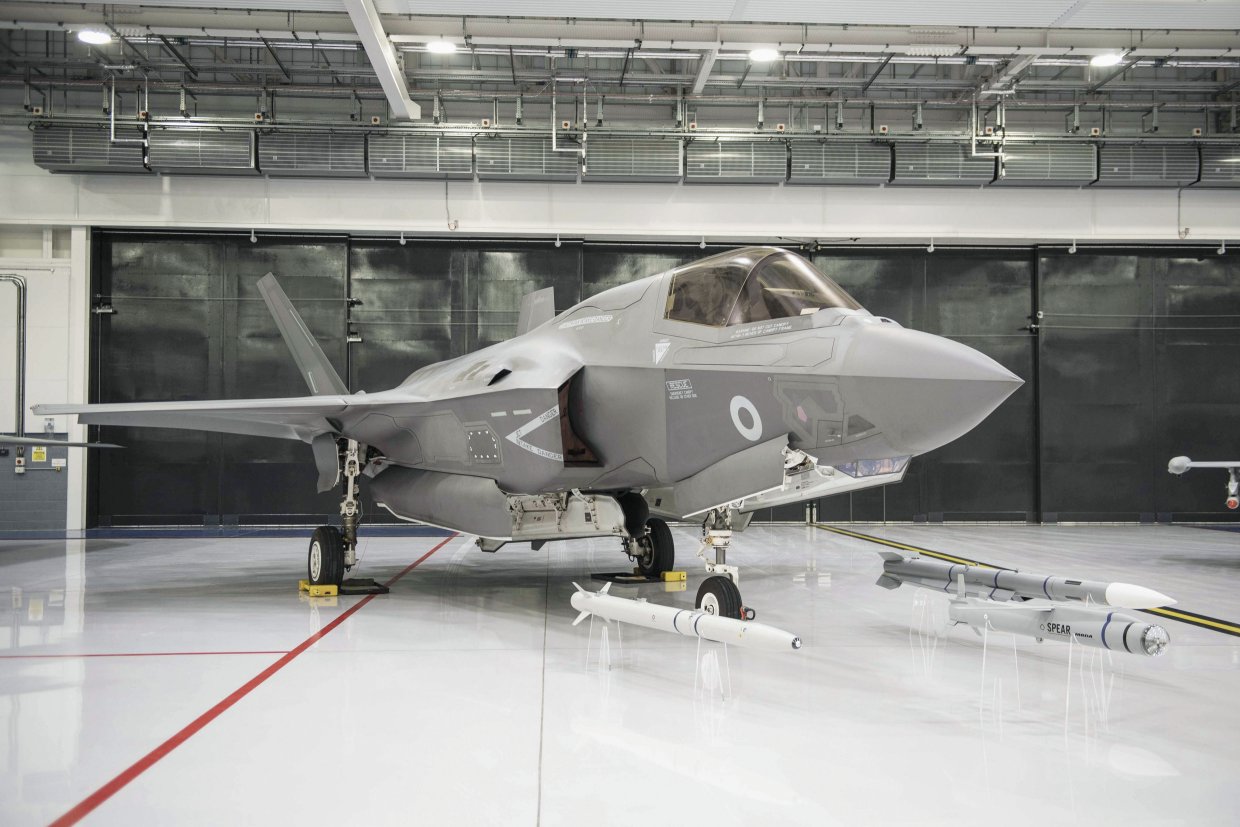 A UK F-35B seen with the ASRAAM, SPEAR, and Meteor missiles that will largely make up its national-specific weapons fit. (Crown Copyright)

The company announced on 18 March that it had been subcontracted by Lockheed Martin to begin integrating the MBDA Meteor beyond-visual-range air-to-air missile (BVRAAM) and the Selected Precision Effects at Range (SPEAR) air-to-surface missile aboard the aircraft.

The Meteor, which has been developed by France, Germany, Italy, Spain, Sweden, and the UK, has a speed of more than Mach 4 and a range in excess of 100 km. Whereas similar-type missiles have a relatively short boost-phase after launch, after which they glide to the target while bleeding energy, the Meteorʼs ramjet means it is propelled up to the point of impact. This reduces the adversary aircraft’s chances of escaping the missile and gives the pilot more assurance of success when engaging enemy aircraft, leading it to be been described by industry and military officials as a step-change in air-to-air combat capabilities.

The SPEAR is a datalinked turbojet-powered stand-off ground-attack weapon that is expected to possess a range of about 100 km. It will be released from an aircraft regardless of its position relative to the target, and although it will be able to engage numerous target types, its subsonic speed and relatively small warhead will likely require a saturating attack using multiple missiles.

UK signs up for JAGM missile

The United Kingdom has placed its first order for the Lockheed Martin AGM-179 Joint Air-to-Ground Mi...