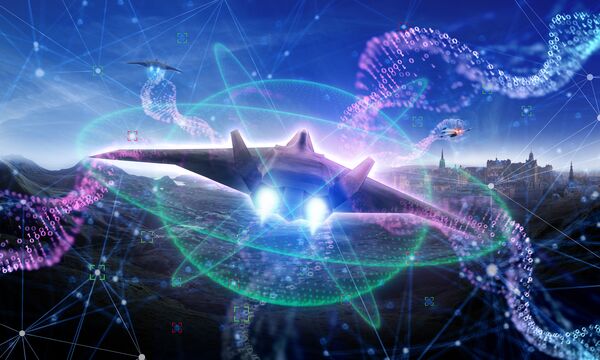 A concept of the Leonardo Multi-Function Radio Frequency System (MRFS) for the UK-led Tempest future combat aircraft. On 15 February, the UK and Japan signed a Letter of Arrangement to jointly develop a universal radio frequency sensor technology, known as the JAGUAR sensor system. (Leonardo UK)

The United Kingdom and Japan will jointly develop a universal radio frequency sensor technology, known as the JAGUAR sensor system, for both the Tempest and F-X future combat aircraft programmes.

“The designing, building, and evaluating the JAGUAR system will take around five years, involving input from Leonardo UK and Japanese industry. Two demonstrators will be built within the project, one in each country, with the work and learning shared to maximise national expertise,” the UK Ministry of Defence (MoD) said. “With joint work on the project scheduled to start in April, JAGUAR is expected to create 75 jobs across the UK, including 40 highly skilled engineering jobs at Leonardo's Edinburgh site.”

Neither the UK nor the Japanese government disclosed the level of funding allocated for the JAGUAR programme at the time of publication. Japan has not confirmed which company (or companies) will work with Leonardo UK on this programme.

Norman Bone, CEO of Leonardo UK, said that UK and Japanese scientists and engineers will work together to advance technology that will benefit both the UK-led Tempest, which is being developed under the Future Combat Air System (FCAS) programme, and the Japanese F-X next-generation fighter programme.