UAVOS has spent more than 70 hours flight testing an unmanned helicopter capable of carrying up to 160 kg with a range of up to 840 km.

Vadim Tarasov, UAVOS board member and shareholder, told Janes on 20 October that the aircraft, the UVH-500, is based on the CH7 Kompress piloted rotary-wing aircraft. Tarasov said UAVOS is developing an unmanned helicopter in this payload capacity class because there are many unmanned aircraft that can carry between 1-5 kg. Industrial companies, he said, want the capability to carry payloads weighing more than 50 kg over long distances such as across rivers or giant forests in hot and cold conditions. 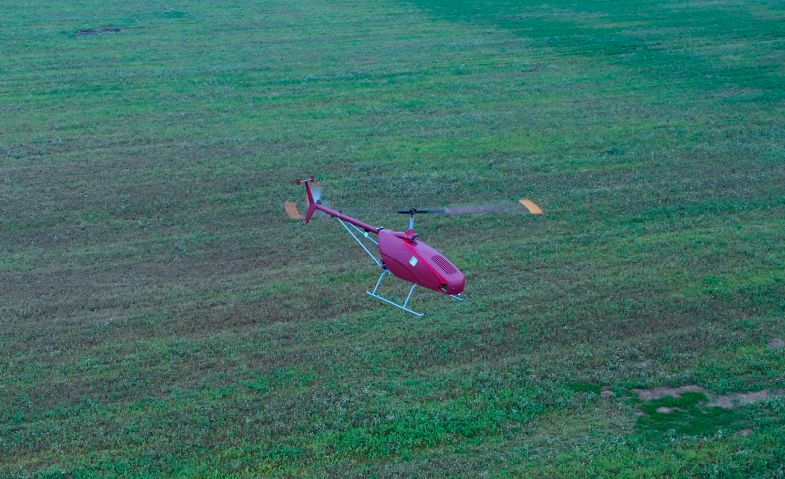 The UVH-500 is an unmanned helicopter based on the CH7 Kompress piloted rotary-wing aircraft. The platform has carried roughly 130 kg of payload during flight tests. (UAVOS)

UAVOS, Tarasov said, wants to cost less than the greater than US5,000 cost per flight hour that large manned helicopters contractors are charging oil and gas companies for this payload capacity and distance.

UAVOS is targeting occasional or emergency use missions for the UVH-500 in addition to long range flights. Tarasov said the aircraft could be used for regions with extreme inclement weather seasons where access by car, if not impossible, could take 3-4 days.

The UVH-500 has carried roughly 130 kg of payload during tests while flying with a five hour endurance. Tarasov said the company wants a maximum endurance of six hours. The UVH-500, in trials, has tested the basic aircraft systems and emergency operating modes including autorotation landing, according to a company statement. Flight tests, which began in early 2020, have taken place in Belarus.

UAVOS has spent more than 70 hours flight testing an unmanned helicopter capable of carrying up to 1...