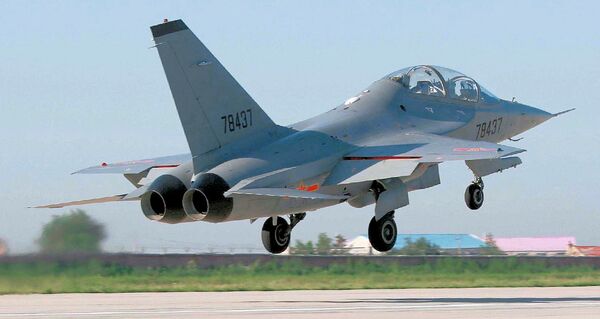 The United Arab Emirates (UAE) is to acquire advanced jet trainer aircraft from China, under a deal announced by the Ministry of Defence (MoD) on 23 February.

“We have reached the final stage in our talks with the Chinese side. The final contract will be signed soon,” Tareq Abdulraheem Al Hosani, CEO of Tawazun Economic Council, said, noting that the deal is part of a wider drive by the UAE to diversify its portfolio of defence equipment.

With the contract signature still pending, the announcement did not disclose a value or delivery timeline for the aircraft.

The twin-seat, twin-engined, supersonic L-15 shares its heritage with the Russian Yakovlev Yak-130 ‘Mitten', which in turn shares its heritage with the Leonardo M-346 Master. It also has a secondary light-attack role. The MoD did not say if the UAE AFAD intends to operate the aircraft in its primary trainer or secondary light-attack role, or both.

The United Arab Emirates (UAE) is to acquire advanced jet trainer aircraft from China, under a deal ...