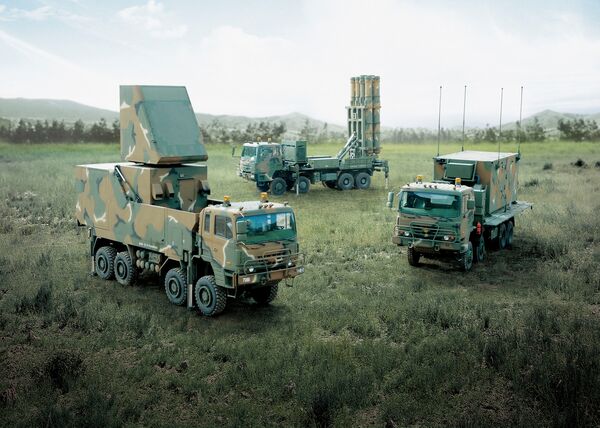 It said in a tweet that the M-SAM will be a “qualitative addition” to its existing air defence capabilities and that the deal could be worth as much as USD3.5 billion.

This will make the UAE the first export customer for the M-SAM, which is also known as the Cheongung.

It is a medium-range surface-to-air missile system that was developed to replace South Korea's MIM-23 HAWK systems. A battery consists of a mobile multi-function radar made by Hanwha Systems, a command post vehicle, and typically four launchers, each carrying eight vertically launched missiles in canisters.

The Block II variant's missile has improved manoeuvrability that gives it a ‘hit-to-kill' capability against ballistic missiles.

The first Block II battery entered service with the South Korean air force in November 2020 and passed its final acceptance tests against both aircraft and ballistic targets in July-August, according to South Korea's Defense Acquisition Program Administration (DAPA).

The United Arab Emirates' (UAE's) Ministry of Defence announced on 16 November that it intends to ac...