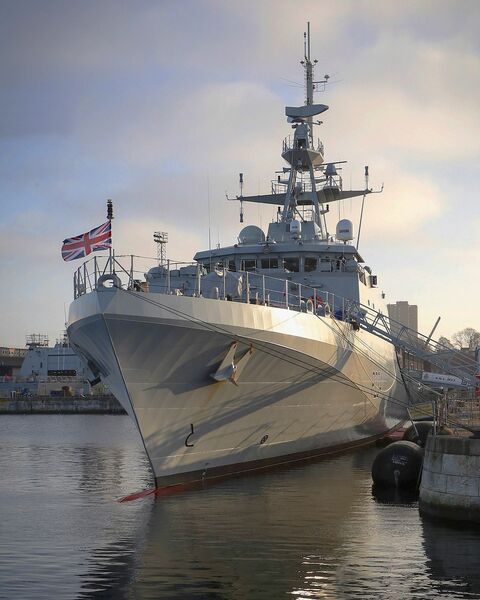 HMS Spey (pictured) is one of two RN OPVs that began a five-year deployment to the Indo-Pacific on 7 September as part of efforts by London to enhance defence ties and bolster the UK's presence in the region. (Crown Copyright)

The UK Royal Navy (RN) announced on 7 September that two of its River-class Batch II offshore patrol vessels (OPVs) – HMS Spey and HMS Tamar – have begun a five-year-long deployment to the Indo-Pacific to bolster the United Kingdom's presence in the region.

The RN said in a statement that the two warships, which left HM Naval Base Portsmouth that same day, will embark on a mission that will see them deployed “across a vast area, from the eastern shores of Africa to the west coast of the USA”, adding that the vessels will arrive in the Pacific on the back of the maiden deployment of Carrier Strike Group 21 (CSG21) – led by the RN aircraft carrier HMS Queen Elizabeth –, which has spent several months working alongside UK allies and partners in the region.

The service said the OPVs will act as “the eyes and ears of the navy – and nation – in the region”, working alongside UK allies. The ships are expected to carry out security patrols to deal with drug-running, smuggling, terrorism, and other illegal activities as well as join in exercises with other navies and armed forces, and “fly the flag for Global Britain”.