A collision between a Hellenic Navy minesweeper and a Portuguese-flagged container ship outside the Port of Piraeus on 27 October resulted in two of the warship’s complement being hospitalised and the badly damaged vessel evacuated of all 27 crew before being towed back to base. 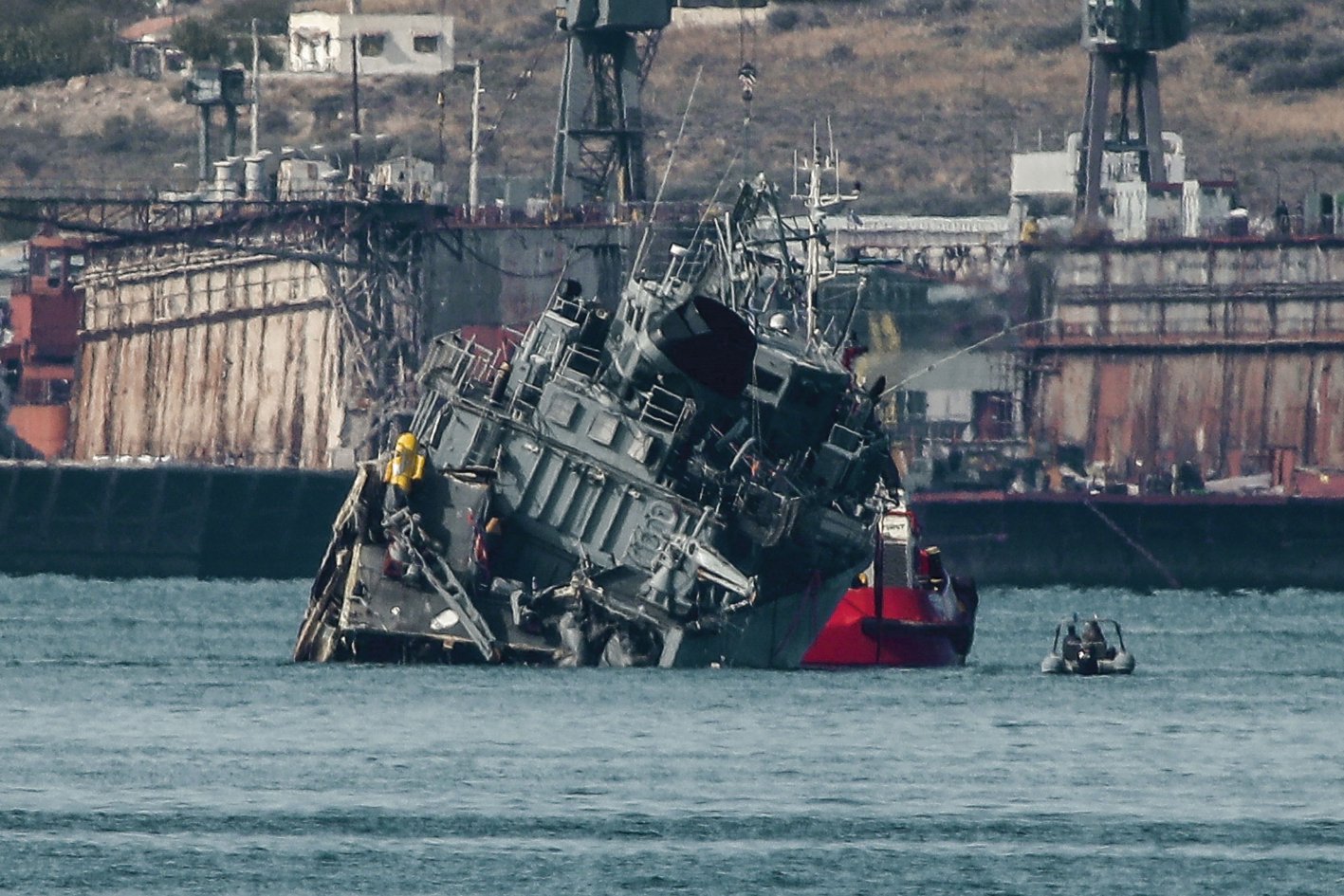 The Greek Navy’s minesweeper HS Kallisto being towed back to the naval base after colliding with the Portuguese-flagged cargo ship Maersk Launceston outside the Port of Piraeus in Athens on 27 October. (Sotiris Dimitropoulos/Eurokinissi/AFP via Getty Images)

The accident between the Hunt-class minesweeper HS Kallisto (M 63) and MV Maersk Launceston occurred at approximately 0710 h local time with the cause yet to be determined. Imagery posted online shows the Greek ship severely damaged at the stern, which is partly submerged. No damage or injuries were reported aboard the cargo ship.

Kallisto – an ex-UK Royal Navy Hunt-class minesweeper built in the 1980s – is one of four mine-countermeasures vessels (MCMVs) operated by the Hellenic Navy. It has an overall length of 60 m, a full load displacement of 685 tonnes, and a top speed of 13 kt.

A collision between a Hellenic Navy minesweeper and a Portuguese-flagged container ship outside the ...

The Irish Aviation Authority (IAA) announced on 21 January that it had received direct notification ...
Request Consultation