Turkey has withdrawn the soldiers who manned an outpost that had been surrounded by the Syrian pro-government forces for 14 months. 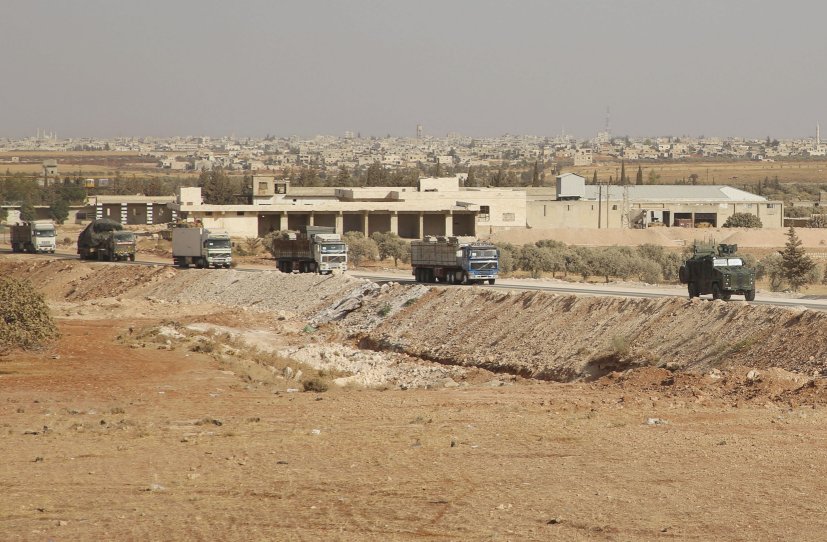 The convoy from the evacuated Turkish outpost east of Morek arrives in rebel-held territory near Al-Nayrab on 20 October. (Mohammed al-Rifai/AFP via Getty Images)

The outpost east of Morek in Hamah province was filmed as it was disassembled on 19 October and a large convoy that included civilian trucks carrying concrete blast barriers and military transporters carrying covered vehicles was seen heading north through government-controlled territory escorted by Russian and Turkish armoured vehicles.

The Morek outpost was one of 12 that the Turkish Armed Forces established on the edge of rebel-held territory in northwest Syria after Ankara and Moscow agreed to establish a ‘de-escalation zone’ in 2018.

Russia subsequently supported SAA operations that left Morek surrounded in August 2019 and subsequently encircled at least nine other Turkish outposts before another ceasefire was agreed in March.

Turkey has withdrawn the soldiers who manned an outpost that had been surrounded by the Syrian pro-g...

US Secretary of State Mike Pompeo has accused Russia of killing dozens of Turkish soldiers in Syria,...