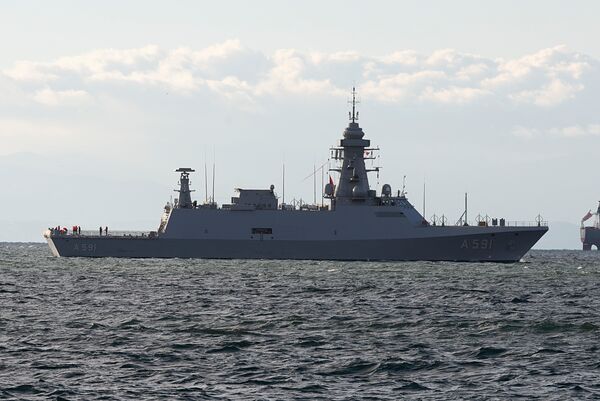 Ufuk has an overall length of 99.5 m, a beam of 14.4 m, and displaces around 2,400 tonnes. It has a top speed of more than 18 kt and an endurance of 60 days. It has a flight deck capable of embarking a 10-tonne helicopter and can accommodate 110 personnel on board.