A shipment of Hızır light armoured vehicles made by the Turkish company Katmerciler AŞ was delivered to an East African country, shipping data has shown. 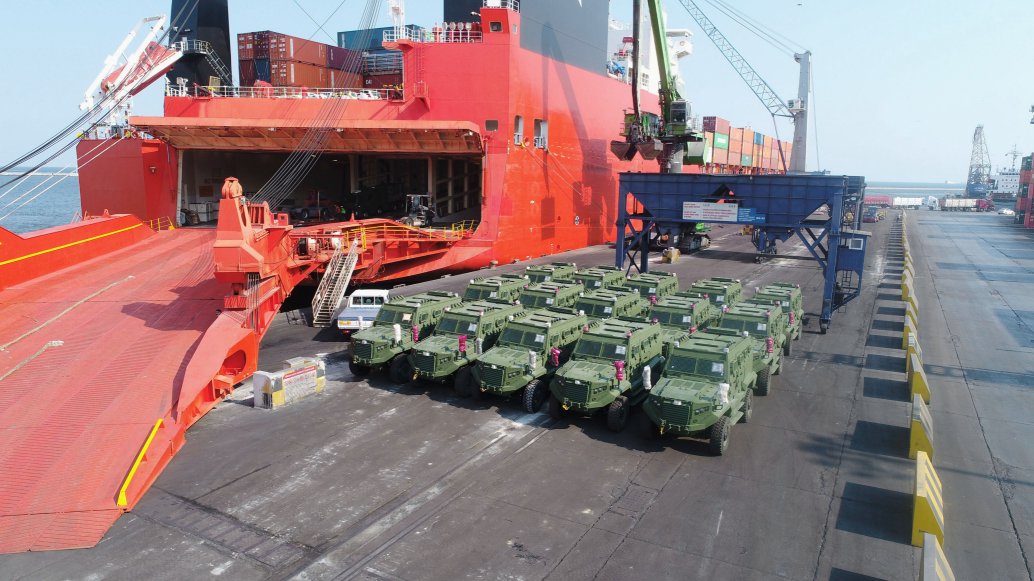 The Hızırs lined up at Mersin port before being loaded. (Katmerciler AŞ )

Katmerciler announced in 2019 that it had received the first export order for the Hızır from an African customer it did not identify, saying it was worth USD20.7 million.

The company announced the delivery of the first batch of vehicles on 20 July, when it tweeted photographs showing 15 Hızırs waiting to be loaded on to a ro-ro cargo ship at a port that could be identified as Mersin in Turkey. It said the vehicles were now on their way to Africa, without revealing their destination.

The ro-ro cargo ship seen in the photographs could be identified as Jolly Cobalto (IMO: 9668960), which AIS tracking data showed left Mersin on 18 July. It stopped at Jeddah in Saudi Arabia, an unlikely destination for Turkish armoured vehicles painted green, before heading to Djibouti, where military vehicles destined for Ethiopia are typically offloaded.

A shipment of Hızır light armoured vehicles made by the Turkish company Katmerciler AŞ was delivered...

The US Army recently awarded Oshkosh Defense a USD591 million contract modification for its Joint Li...

The first 44 M1117 wheeled armoured security vehicles (ASVs) donated by the US Army to Greece arrive...