The ULAQ USV has been under development using private funding from both companies since 2018. The principal design studies and concept definition was completed in 2018 and 2019, respectively, with work on the prototype commencing in June. 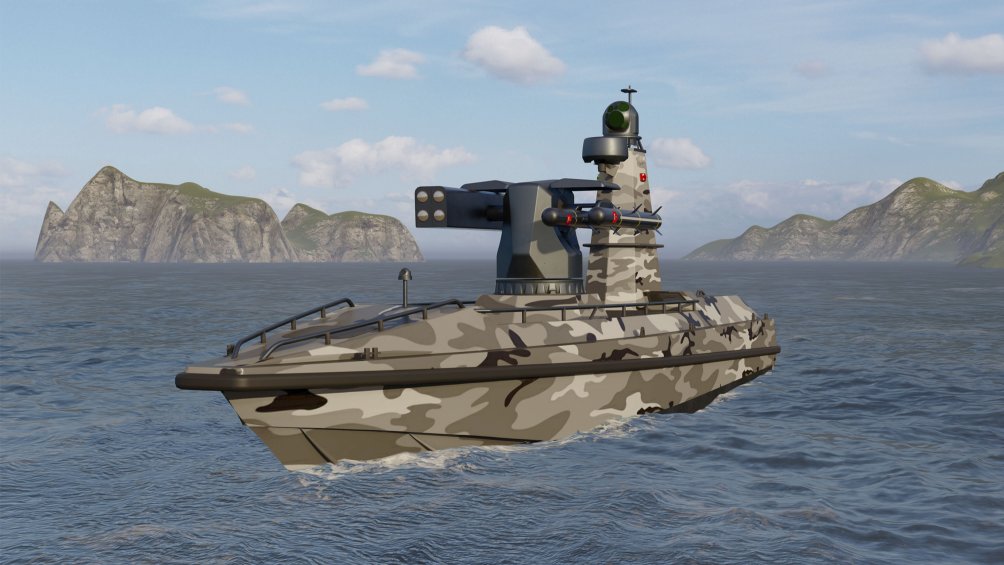 The ULAQ unmanned surface vehicle will be able to carry a range of precision weapons, including the Cirit and L-UMTAS guided missiles. (Ares Shipyard)

The design of the prototype USV, which measures 11 m long and can carry a payload of up to 2,000 kg, was finalised in the first quarter of this year. It will also be capable of reaching a stated maximum speed of 35 kt and an operating range of 215 n miles. The vehicle is scheduled to launch in December and expected to enter live firing trials in early 2021.

The prototype will be armed with a four-cell Cirit launcher and a pair of L-UMTAS missiles. The Cirit is an infrared (IR)-guided 70 mm missile with a maximum range of 8 km, which is designed to engage soft-skinned stationary and mobile targets. In contrast, the L-UMTAS is a long-range, laser-guided missile intended to defeat armoured threats out to a comparable range. Both weapons are supplied by Roketsan.

The ULAQ USV can also be equipped with different payloads including electronic warfare, communications and intelligence-gathering systems to meet other operational requirements such as anti-submarine warfare, anti-surface warfare, mine countermeasures (MCM), and reconnaissance and surveillance.

Besides the 11 m variant, the companies are also planning to develop a smaller platform for dedicated MCM operations, as well a third version featuring an enlarged hullform to carry long-range, anti-ship missiles.