Turkey’s Tubitak Bilgem has developed and tested two laser systems that could potentially be deployed by the Turkish Land Forces Command (TLFC).

Both systems use a continuous wave laser and operate in the 1,070 nm (±10 nm) wavelength. A spokesperson declined to confirm the Technology Readiness Level of either of the systems, but did say that “they are at the laboratory testing phase”.

The first is called the Armol Vehicle Mounted Laser System (VMLS). It is integrated on an Otokar Cobra 4x4 light armoured vehicle (LAV) that is used in large numbers by the TLFC and other organisations in Turkey.

Mounted in the rear of the Cobra is a 220 kW power source, and on the roof is the stabilised pan tilt high-power laser that is claimed to have a maximum output of up to 5 kW. The stabilised roof-mounted package has a traverse of 180° left and right, and an elevation from -30° to 95°. 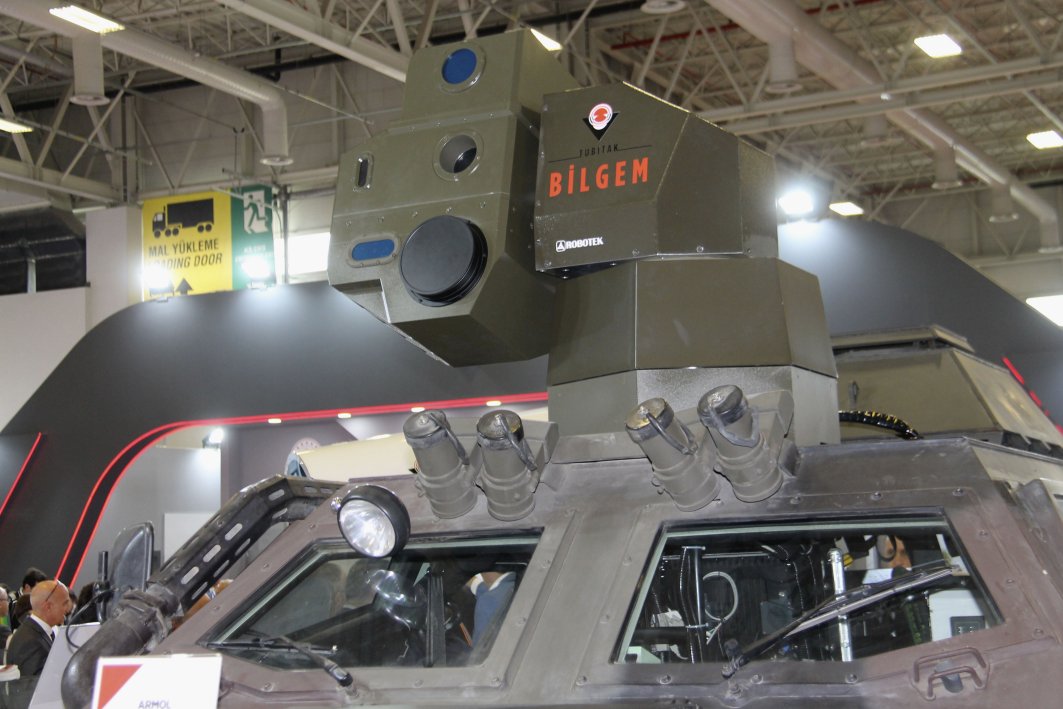 The sensor head of the Armol VMLS integrated onto the roof of an Otokar Cobra. (Christopher F Foss)

In addition to the laser it also includes a thermal camera, daylight camera, laser rangefinder, and a laser illuminator.

Typical roles of the Armol VMLS are said to include dazzling cameras and other optics out to a maximum range of 7.5 km, as well as damaging unmanned aerial vehicles (UAVs) and improvised explosive devices (IED) at ranges of up to 1 km. It is to have growth potential to include a radar for tracking targets.

The second laser system is the Tumol rifle-mounted mobile laser system that was designed to neutralise UAVs and can be mounted on weapons fitted with a Picatinny rail.

Turkey’s Tubitak Bilgem has developed and tested two laser systems that could potentially be deploye...

Emiratis seen operating Pantsir-S1 said to be in Libya

A leaked video has confirmed that personnel from the United Arab Emirates (UAE) are operating Russia...

US Marine Corps (USMC) leaders are moving on with plans to field a new ground-based air-defence syst...