The Turkish Presidency of Defence Industries (SSB) has published further details of the mid-life upgrade (MLU) being undertaken for the country’s MEKO 200 (Track IIA/IIB) Barbaros-class frigates. 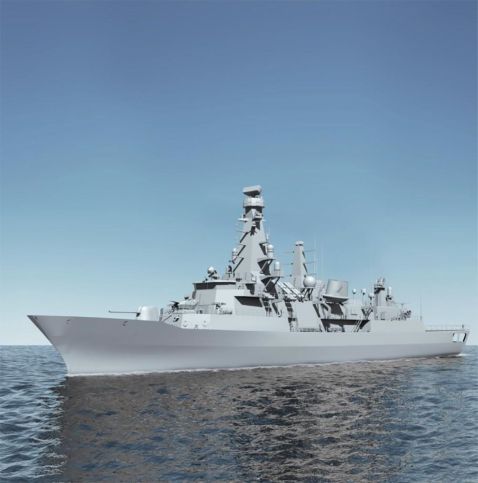 A computer-created graphic image showing a Barbaros-class frigate after the MLU is completed. (SSB)

The four frigates have already completed an initial round of modernisation, under which the Thales Smart-S Mk 2 air/surface surveillance radar has replaced the BAE Systems AWS-9 radar in all four ships, and the MK 29 Sea Sparrow launchers have been replaced with Mk 41 vertical launch systems (VLSs) in the two Track IIA frigates.

The second phase of the MLU is more extensive, however. Under contracts awarded to Havelsan and Aselsan in 2018, all existing radar (with the exception of the Smart-S), the electronic warfare and sonar suites, and self-defence systems will be replaced.

According to a graphic depiction of a Barbaros-class frigate following the completion of its MLU, published by the SSB in January, the most obvious change to the topside layout is the new masts. A closed solid mast similar to the main mast on the Turkish Navy’s Ada-class corvettes will replace the old lattice mast and be fitted with the SMART-S Mk 2 radar (relocated from its current position on the second mast), with the antennas of the ARES-2NC electronic support measures system just below. The receiving and transmitting antennas of the AREAS-2NC electronic countermeasure and electronic attack system are located on both sides of the mast.

The MAR-D solid-state active electronically scanned array air search radar developed by Aselsan will be located at the top of a new second mast. The MAR-D has a reported range of 100 km. 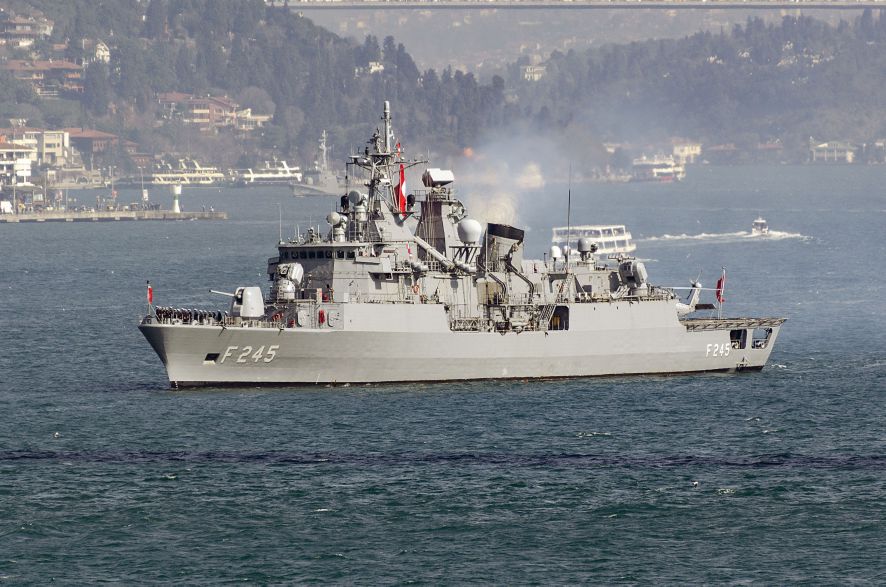 The Turkish Presidency of Defence Industries (SSB) has published further details of the mid-life upg...