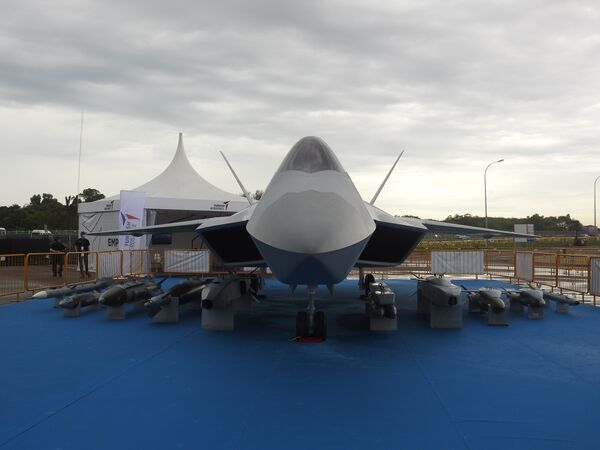 A mock-up of of Turkey's TF-X at Singapore Airshow 2022. Pakistan has been confirmed as the first official partner in the TF-X programme, TUSAŞ CEO Temel Kotil said on 18 February. (Janes/Ridzwan Rahmat)

Turkey and Pakistan have joined forces in the development and production of a new fifth-generation fighter aircraft.

“This is a fifth-generation fighter aircraft in which Pakistan and Turkey are now collaborating,” Pakistan Air Force (PAF) Air Vice Marshal Rizwan Riaz, pro-rector for Research, Innovation & Commercialisation (RIC) at National University of Science and Technology (NUST), said during the same interview.

According to the interview, the aircraft development will be conducted jointly, with TUSAŞ leading the programme and employing engineers from Pakistan's NUST. Kotil said that some of TUSAŞ's operations will move to Pakistan in 2022, as part of a series of activities to further bilateral defence industry co-operation between the two countries.

Both Pakistan and Turkey had begun development activities in the mid-late 2010s for their respective indigenous fighter aircraft programmes – the Next Generation Fighter Aircraft (NGFA) programme under the Pakistan Aeronautical Complex's (PAC's) Project AZM and Turkey's TF-X programme.

Turkey and Pakistan have joined forces in the development and production of a new fifth-generation f...