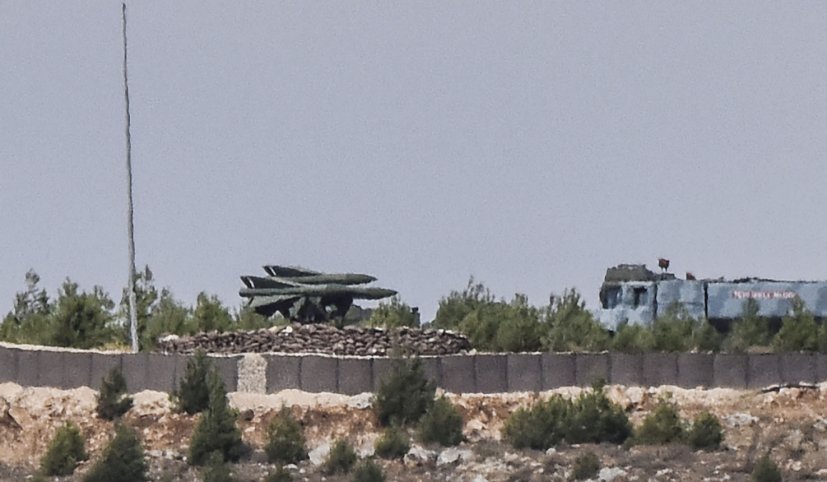 A second video showed one of the same trucks towing a launcher at a different location where shop signs written in Arabic rather than Turkish could be seen.

This might not be the first Turkish HAWK to be deployed to Syria. Photographs emerged in January 2018 that purportedly showed a battery that had been set up in Daraat Izza in Aleppo province. There has been no confirmation of that deployment.

Turkey received surplus Improved HAWK systems from the United States in the 2000s.

It subsequently initiated programmes to develop indigenous air defence systems, with the low- and medium-altitude ones designated the Hisar-A and Hisar-O respectively.

There have been recent reports in the Turkish media that both Hisar variants would be deployed to Syria even though they are just entering service. Ismail Demir, the president of Turkey’s Defence Industries, told CNN Turk on 3 March that the two Hisars were expected to be deployed in the field in the coming week.

The Turkish Armed Forces have deployed at least one MIM-23 HAWK surface-to-air missile system to Syr...