The Turkish and Russian presidents agreed on 22 October a 10-point plan under which Kurdish fighters from the People’s Protection Units (YPG) will be removed from most of the Syrian border east of the Euphrates river. 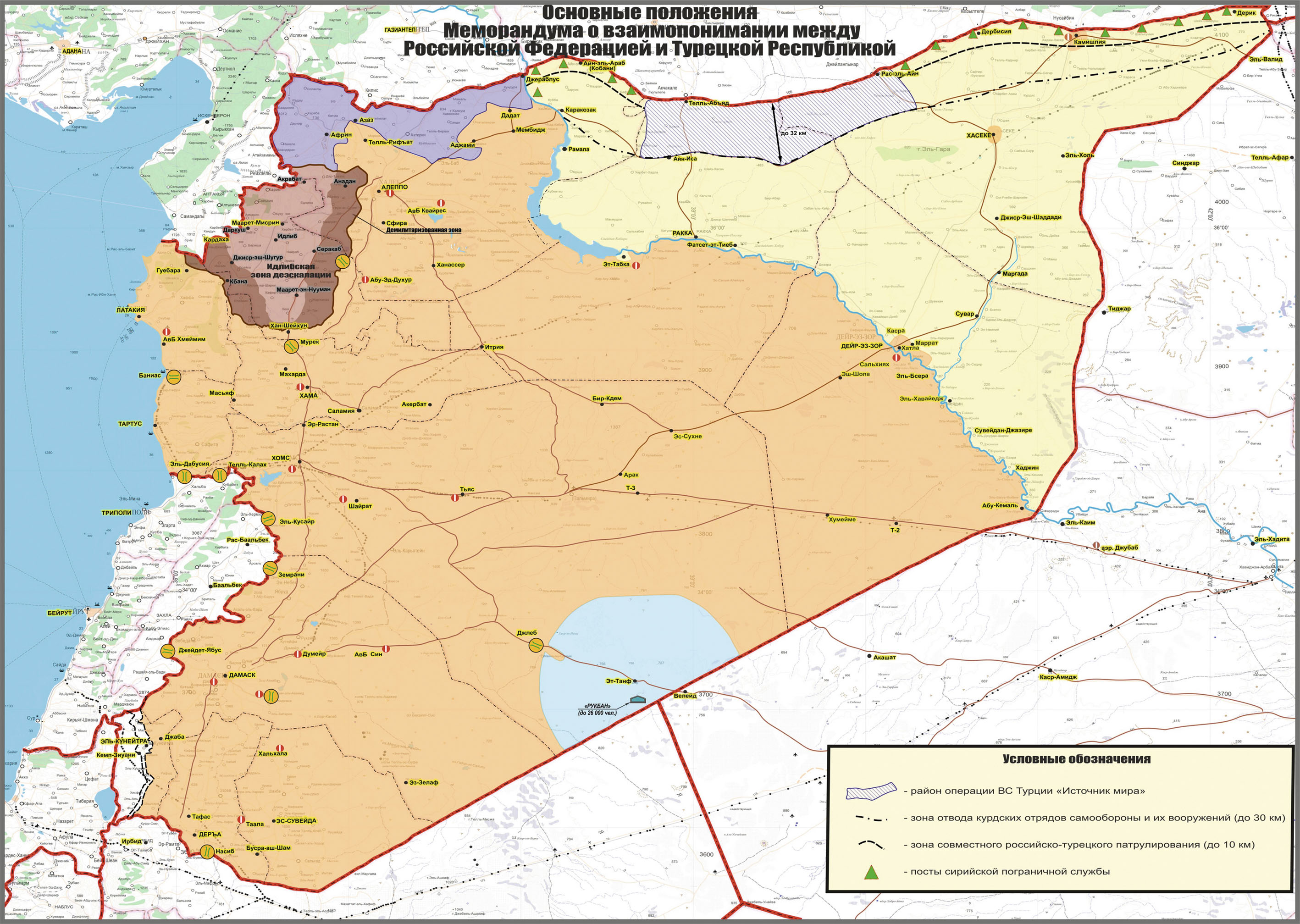 The Memorandum of Understanding released after lengthy talks between the presidents in Sochi said the Turkish military and its Syrian allies will control an approximately 32 km-deep zone between the towns of Tal Abyad and Ras al-Ayn.

At the same time, Russian and Syrian border guards will deploy to “facilitate the removal of YPG elements and their weapons” from a 30 km-deep zone either side of the Turkish-controlled area.

Joint Russian-Turkish patrols will then take place within 10 km from the border. A map released by the Russian Ministry of Defence showed that Syrian border guards would establish 15 observation posts in this zone.

All YPG forces will also be removed from Manbij and Tal Rifaat on the western side of the Eurphrates and “joint efforts will be launched to facilitate the return of refugees in a safe and voluntary manner”, the agreement added.

The agreement came a few hours before a 120-hour pause in Turkey’s Operation ‘Peace Spring’ in the northwest was due to expire. The operation was launched on 9 October after the US troops manning observation posts on the border were withdrawn, with Turkey and the US agreeing the pause eight days later after the Kurds allowed Russian and Syrian government forces to move into their territory.

The Turkish and Russian presidents agreed on 22 October a 10-point plan under which Kurdish fighters...

US Secretary of State Mike Pompeo has accused Russia of killing dozens of Turkish soldiers in Syria,...
Request Consultation