The US government has approved the sale to Tunisia of four Textron AT-6 Wolverine light attack aircraft and associated equipment. 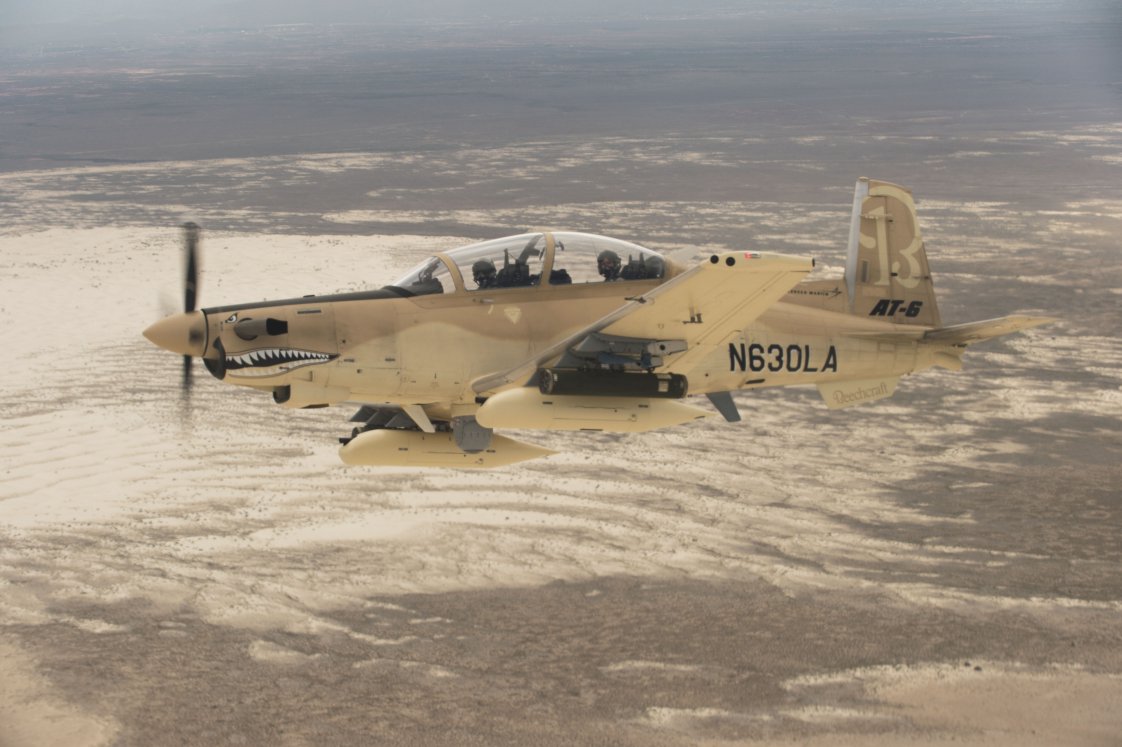 With a sale to Tunisia now approved, the AT-6 Wolverine looks set to secure its launch customer. (US Air Force)

The State Department approval, announced on 26 February, covers the twin-seat turboprop aircraft, as well as weapons, training, support, infrastructure, and other services, and is valued at USD325.8 million.

“The proposed sale will improve Tunisia's ability to meet current and future threats by increasing their capability and capacity to counter-terrorism and other violent extremist organisation threats. The AT-6 platform will bolster their capability to respond to and engage threats in multiple areas across the country,” the US Defense Security Cooperation Agency (DSCA) said in its announcement.

The Wolverine is a dedicated light-attack variant of the T-6 Texan II trainer (the two types share 85% commonality). It features tandem digital cockpits, as well as six underwing pylons for carrying up to 680 kg of external drop-tanks, bombs, rockets, and machine gun pods under each wing. Performance figures for the baseline T-6 give the aircraft a top-speed of 270 kt, an endurance of 3 hours at maximum cruising speed, a range of 1,574 km, a service ceiling of 35,000 ft, as well as a required landing strip length (able to clear a 50 ft obstacle) of 1,031 m.

The US government has approved the sale to Tunisia of four Textron AT-6 Wolverine light attack aircr...