Next article
Update: Embraer delivers first KC-390 to the FAB

A rocket exploded on one of the launch pads at Iran’s Imam Khomeini Space Centre in Semnan province, a high-resolution satellite image released by US President Donald Trump on 30 August showed. 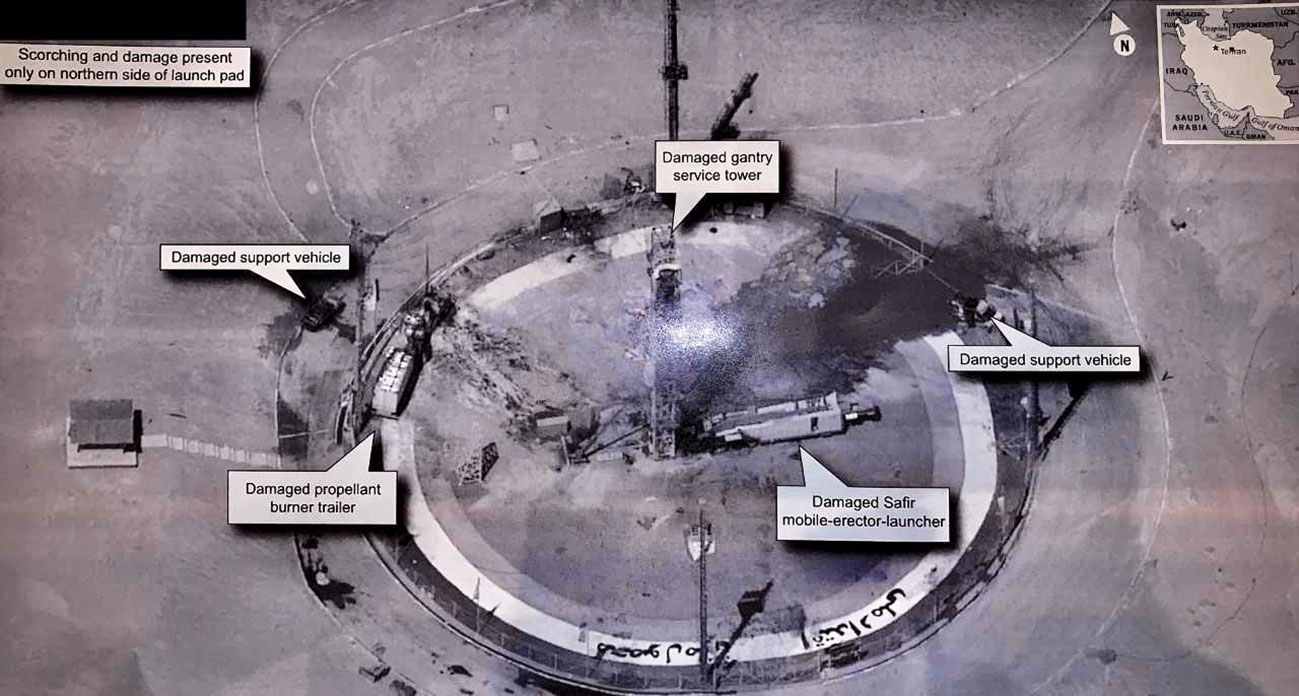 A satellite image tweeted by Trump on 30 August shows the aftermath of an explosion on the Safir launch pad at Iran’s Imam Khomeini Space Centre. (President Donald Trump)

The image appeared to be a photograph of an intelligence briefing and showed scorch marks and a damaged launcher for a Safir satellite launch vehicle (SLV) on the pad.

“The United States of America was not involved in the catastrophic accident during final launch preparations for the Safir SLV Launch at Semnan Launch Site One in Iran,” Trump tweeted.

Analysts identified the image as one taken by USA-224, a classified KH-11 Evolved Enhanced Crystal reconnaissance satellite, on the basis that the shadows showed it was taken between 0900 h and 1000 h GMT on 29 August.

Mohammad Azari-Jahromi, Iran’s minister for information and communications technology, responded to the president’s revelation by tweeting a photograph of himself in front of a satellite. “Me and Nahid-1 right now, good morning Donald Trump!” he tweeted on 31 August, referring to the satellite.

An Iranian government spokesperson confirmed on 2 September that the SLV had exploded because of a technical failure before the satellite was transferred to the launch site.

A rocket exploded on one of the launch pads at Iran’s Imam Khomeini Space Centre in Semnan province,...

Iran announced on 22 April that it had successfully launched a satellite into orbit earlier that day...