Accepted from prime contractor Lockheed Martin on 26 July, USS Indianapoli s (LCS 17) is the first Freedom-variant LCS to be equipped with the TRS-4D air/surface surveillance radar. This marks a significant upgrade over the TRS-3D/16 multimode pencil beam radar system (designated AN/SPS-75 by the USN) fitted to the first eight Freedom-variant ships. 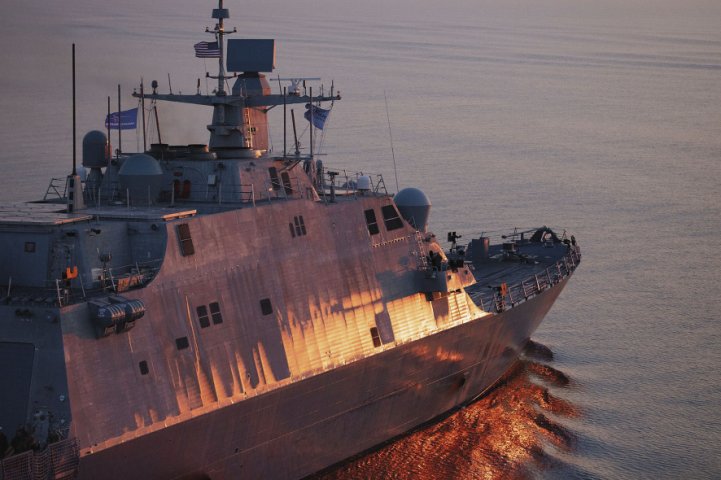 Based on solid-state gallium nitride technology, TRS-4D employs full digital beam forming, with pulse-Doppler processing in all beams. Key performance characteristics quoted by Hensoldt include a maximum instrumented range of up to 250 km, a minimum range of less than 100 m, the ability to detect targets with a radar cross-section of 0.01 sq m, a track update rate of < 1 second, and a track capacity (air and surface) in excess of 1,000 targets.

A total of eight TRS-4D radar are under currently contracted for the Freedom-variant LCS, of which six have passed factory acceptance. The second AN/SPS-80 radar has been installed aboard the future USS St Louis (LCS 19) and is being prepared for acceptance trials.

The US Navy (USN) has taken delivery of the first Freedom-variant Littoral Combat Ship (LCS) equippe...

The US Navy (USN) will use the testing done on Littoral Combat Ship (LCS) anti-submarine warfare (AS...