Previous article
USAF to get new ops centre at Al-Udeid

An armed variant of Milrem Robotics’ THeMIS unmanned ground vehicle (UGV) participated in the NATO ‘Spring Storm’ exercise held in Estonia from 29 April to 17 May.

THeMIS was equipped with FN Herstal’s deFNder 12.7 mm medium remote weapon station (RWS). The RWS is equipped with the ANTARES optronic system, which gives the vehicle a 360° view of its surroundings as well as including target and laser warning detection. 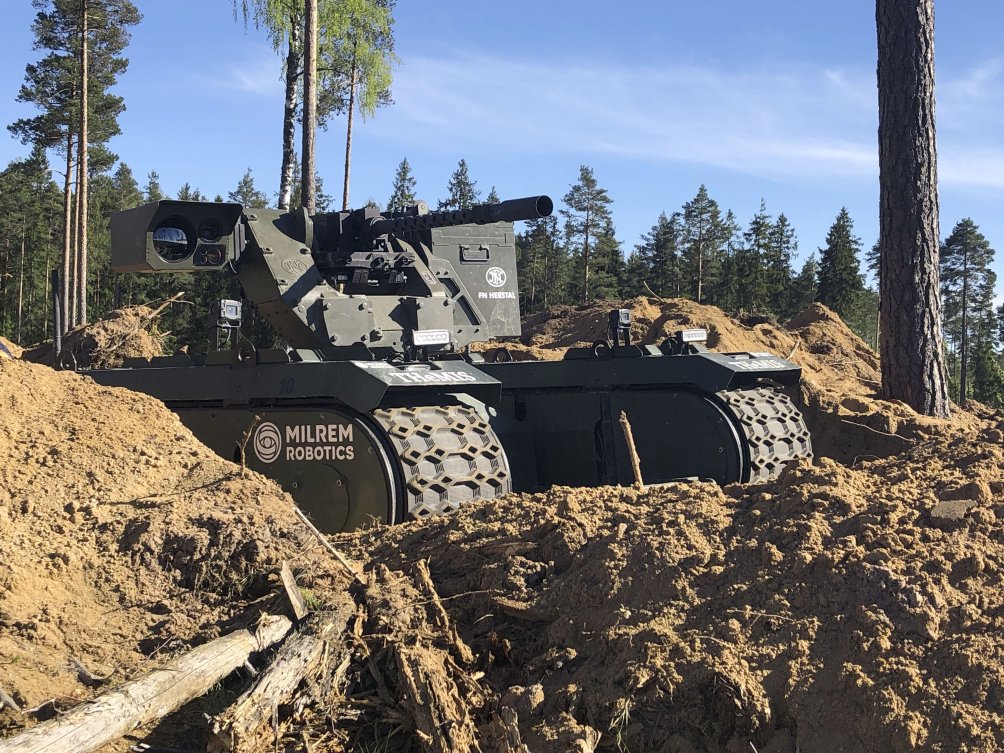 The platform was operated by the Estonian Defence Force’s Kuperjanov Infantry Battalion and was deployed in simulated battlefield scenarios, which included defensive and offensive manoeuvres in rural and urban environments.

“That enabled us to assess the capability of the THeMIS UGV and see how well the weaponised vehicle performs on different terrain, what is the actual tactical communication range, and how the vehicle enhances the situational awareness of fighting units,” he added.

According to Hankewitz, the exercise enabled the company to train forces unfamiliar with the UGV and assess their performance after passing its training programme. The experience and feedback from the unit is also expected to improve the quality of future training.

South Korean defence and engineering prime Hyundai Rotem has been selected as the supplier of Multip...