Thales and Nexter Systems are teamed to develop a new multi-role weapon system, called RAPIDFireNaval, to meet potential French Navy requirements and are eyeing DGA funding in the first half of 2020, according to Sylvain Richy, managing director of CTAI (a joint venture between Nexter and BAE Systems).

RAPIDFireNaval consists of a remote-controlled turret armed with the stabilised CTAI 40 mm Cased Telescoped Armament System (CTAS) that has been qualified by France and the UK for land-based applications and has been in production since early 2016.

If ordered, the RAPIDFireNaval system could be delivered on the first ship before mid-2022 and the CTAS could be supplied earlier in 2021, according to Thales and Nexter Systems.

The 40 mm CTAS has a typical cyclic rate of fire of up to 200 rds/min, although a typical burst to neutralise an incoming air threat would be less than ten rounds. Maximum effective range in the air-defence role is up to 4,000 m and the empty cartridge cases would be ejected outside of the turret. When used in the direct fire mode against surface targets, effective range is about 2,500 m. 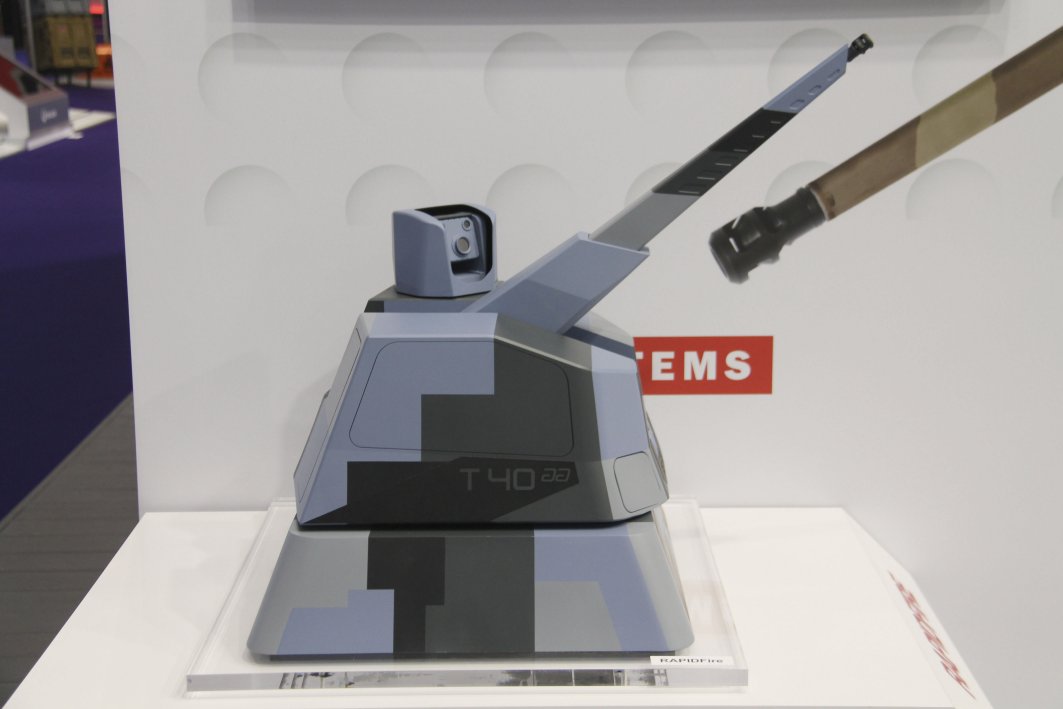 A scale model of the Thales/Nexter RAPIDFireNaval weapon system armed with a 40 mm Cased Telescoped Armament System, and showing the sensor pod mounted on the roof. (Christopher F Foss)