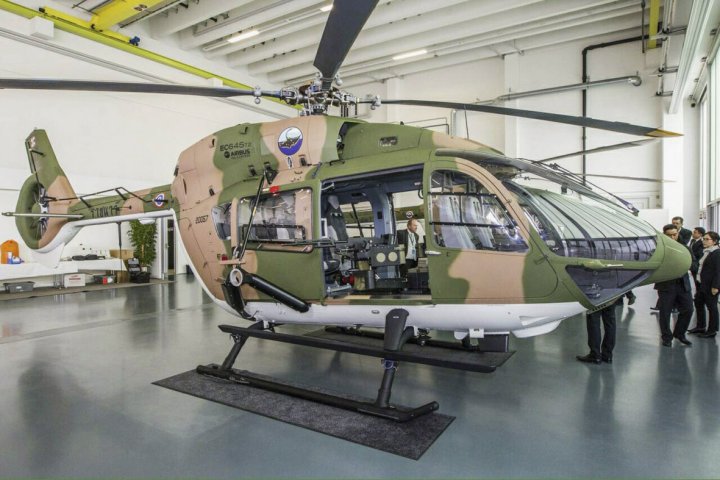 The first DLQ trials were held on 9 July in the Gulf of Thailand, the service’s 202 Squadron said in a statement the next day.

The landings involved a single H145M airframe with serial number 2215, and a Bell 212 helicopter bearing serial number 2211. Both aircraft are operated by 202 Squadron, and were dispatched from the U-Tapao naval aviation base for the trials. Meanwhile, the frigate operates out of the Sattahip Naval Base, which is located about 12 km away.

HTMS Bhumibol Adulyadej is the South Korean-built warship that the RTN commissioned in December 2018. The Daewoo Shipbuilding and Marine Engineering (DSME)-designed vessel has an overall length of 123 m, an overall beam of 14.4 m, and a hull draught of 4.2 m. It can accommodate one helicopter on its flight deck.

The frigate is equipped with a Mk 41 VLS, 30 mm guns from MSI, a 76 mm Super Rapid naval gun from Leonardo, and launchers for the Boeing Harpoon Block II anti-surface missiles. It features combat systems from Saab.

A Royal Thai Navy (RTN) Fokker F27 200 Maritime Enforcer (ME) aircraft has been temporarily put out ...