Naval shipbuilder Bangkok Dock and the Thai Ministry of Defence’s (MoD’s) Defence Technology Institute (DTI) have signed an agreement to collaborate on meeting a requirement in the Philippines to procure offshore patrol vessels (OPVs), Jane’s has learned.

Under the memorandum of agreement (MOA), which reflects growing efforts to expand defence industrial collaboration across Southeast Asia, the Thai partners will look to position for the Philippine Navy (PN) a modified version of the 90 m OPV that Bangkok Dock is building for the Royal Thai Navy (RTN). 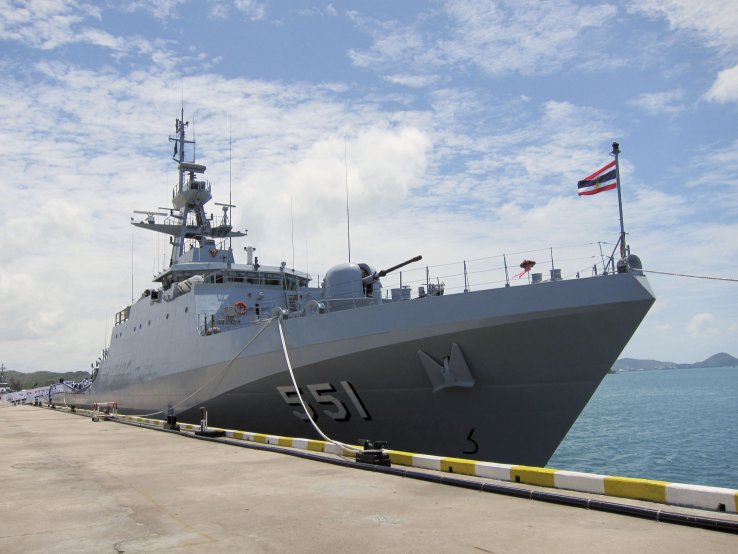 This vessel is based on BAE Systems’ 90 m OPV, the design for which the RTN acquired from the UK-headquartered defence group in 2009.

According to a statement provided to Jane’s , the Bangkok Dock-DTI MOA will support the implementation of the OPV project with the PN acting as project administrator. The MOA was signed in Bangkok in January by Air Chief Marshal Preecha Pradabmook, the Director General of the DTI, and Rear Admiral Ake Sarasas, the Managing Director of Bangkok Dock.

With work undertaken at the RTN’s Mahidol Adulyadej Naval Dockyard in Sattahip, Bangkok Dock commissioned the first 90 m OPV for the RTN in 2013, and the second was launched in September 2019. Contracts to build additional vessels for the RTN are expected in the next few years. Versions of the River-class OPV are also in service with the UK Royal Navy and the Brazilian Navy.

The Malaysian Ministry of Defence (MoD) has outlined the scope of some of the offsets it will secure...

Australia and the United Kingdom have signed an agreement to collaborate on BAE Systems’ AUD35 billi...