A filing said the acquisition, which was finalised on 1 April, is valued at INR2.277 billion (USD31 million) and was paid through an ”upfront” lump sum consideration. 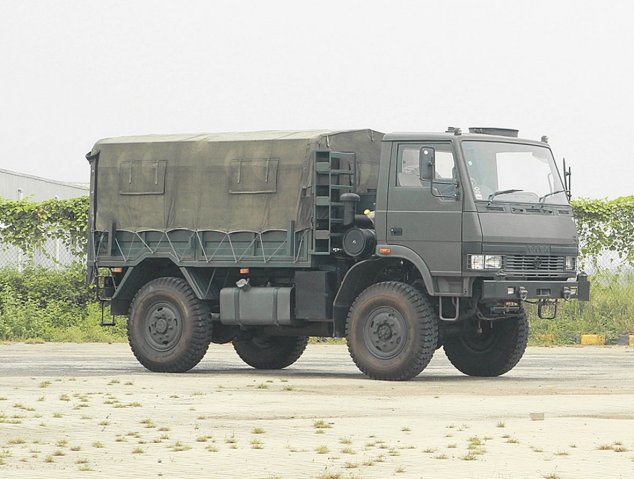 Tata Motors has sold its defence business, which produces a wide range of military vehicles such as this LPTA 715 4×4 utility truck, to its sister firm Tata Advanced Systems Limited. (Tata Motors)

The filing said Tata Motors has supplied its military vehicles to Indian and export customers for several decades and is partnered on “various strategic programmes” including those in India to produce BrahMos cruise missiles and Agni ballistic missiles.

An agreement to support TASL’s acquisition was announced in May 2018. As part of the agreement, TASL also acquired Tata Motors’ aerospace subsidiary – named TAL Manufacturing Solutions – in March 2020 for INR6.25 billion.

The Tata Motors filing said the sale of its defence business to TASL is consistent with the Tata Group’s strategy of consolidating its defence activities under a single entity to encourage the expansion of scale and the improvement of synergies.

Accordingly, it said, the sale to TASL will “yield benefits in the form of operational and financial synergies helping deliver better value for both the entities”.

The Indian government has revealed that it has raised funds worth INR265 billion (USD3.6 billion) ov...

Some of India’s biggest private sector defence firms have been linked with bids to acquire a control...

The UK-India Business Council (UKIBC) has called on the government in New Delhi to raise the cap on ...