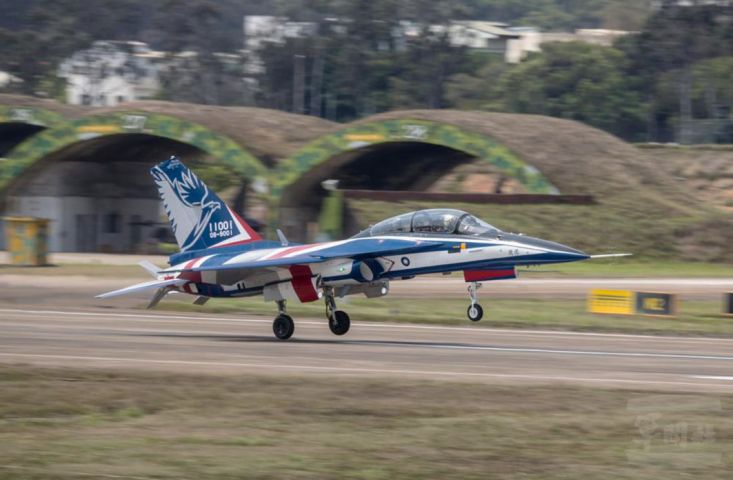 AIDC announced on 2 March that its T-5 Yung Yin (‘Brave Eagle’) AJT/light fighter aircraft will soon be handed over to the RoCAF to undergo operational testing and evaluation. (Via Taiwan’s Military News Agency)

The announcement was made on the same day AIDC Chairman Hu Kai-hung flew on one of the two twin-seat T-5 prototypes (No 11001, 11002) that made their public debut on this occasion. After flying the aircraft, Hu was quoted by Taiwan’s Military News Agency as saying that the T-5 has “exceeded public expectations”.

The first T-5 prototype, which was developed in collaboration with the National Chung-Shan Institute of Science and Technology (NCSIST), conducted its first flight in June 2020: about nine months after it was rolled out in September 2019. The second prototype flew in late December 2020.

Asked about whether production of the ‘Brave Eagle’ could start ahead of schedule, Hu told reporters that early production would depend on the timing of the RoCAF’s testing and evaluation effort.