Taiwanese shipbuilder CSBC Corporation held a keel-laying ceremony on 9 June for the first of a planned class of four landing platform dock (LPD) vessels for the Republic of China Navy (RoCN).

The ceremony, which was hosted by RoCN Commander Admiral Liu Chih-pin and attended by CSBC Chairman Cheng Wen-lon, among others, was held at CSBC’s facilities in the southern Taiwanese city of Kaohsiung. 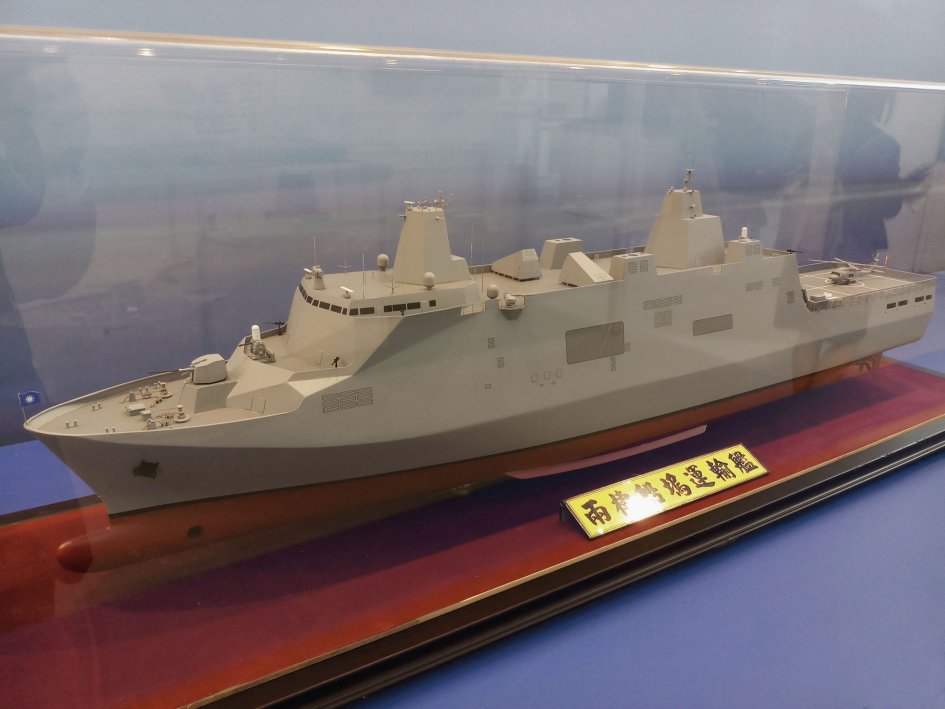 A model of the RoCN’s future LPD was displayed at the 2018 Kaohsiung International Maritime and Defence exhibition. Taiwanese shipbuilder CSBC Corporation held a keel-laying ceremony for the vessel on 9 June 2020. (Janes/Ridzwan Rahmat)

The vessel, which is expected to have a beam of 23 m and a full-load displacement of 10,600 tonnes, is scheduled to be handed over to the navy in April 2022.

According to information provided to Janes at the 2018 Kaohsiung International Maritime and Defence exhibition – where a model of the vessel was displayed – the LPD will be armed with a 76 mm naval gun in the primary position, as well as two close-in weapon systems (one in the forward and another in the aft section), and two remotely operated machine guns located on the port and starboard sides aft of the bridge house.

A CSBC Corporation representative told Janes at the time the LPD would also be armed with two inclined launchers mounted amidships capable of firing the Hsiung Feng II- and III-series of anti-ship, and land-attack cruise missiles.

Taiwanese shipbuilder CSBC Corporation held a keel-laying ceremony on 9 June for the first of a plan...