The Republic of China Army (RoCA) has begun using the locally developed CM-34 infantry fighting vehicle (IFV) in training manoeuvres, according to a 16 April press report from the Taiwanese Ministry of National Defense (MND).

The training, which took place at the RoCA’s Southern District Joint Test Centre, included off-road route navigation, engaging static and moving targets with the platform's 30 mm cannon, and using smoke grenades to obscure the vehicle, said the MND, adding that the primary target of the CM-34 will be wheeled vehicles and fortified bunkers. 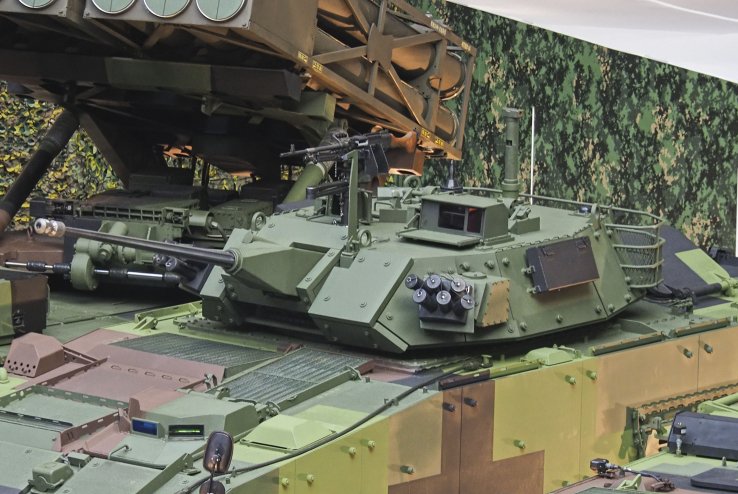 The MND report confirms that the RoCA has begun introducing the IFV as planned. A total of 284 CM-34s are expected to be procured. In April 2019 Jane’s reported that the MNDʼs Materiel Production Centre was set to deliver the first tranche of 32 IFVs to the RoCA in late 2019.

Meanwhile, video images have emerged showing a Cloud Leopard II prototype in its M1 configuration conducting what appear to be factory tests. The images were shown on 17 April by Taiwan’s Youth Daily News as part of an interview with Lieutenant Colonel Su Renbao. Su is the deputy director of research and development at the 209th Arsenal, which, alongside the Hsinchu-based Industrial Technology Research Institute, is responsible for the design of the Cloud Leopard II prototypes.

The prototypes are aimed at addressing some of the Cloud Leopard’s shortcomings. No indication was provided in the interview about when the new design is expected to enter service.