The images, which emerged in early June, show that the system – Taiwan's version of the Raytheon RIM-116 Rolling Airframe Missile system – has been located on the stern of the ship, which is often used by the RoCN and the National Chung-Shan Institute of Science and Technology (NCSIST) as a test platform for indigenous radar and missile systems.

Taiwan also seems to be using the ship to trial an indigenous air-search active electronically scanned array radar system – located midships – but this is unrelated to the ‘Sea Oryx' system.

The photographs indicate that after six years of research and development, the ‘Sea Oryx' has now entered the sea testing phase.

The ‘Sea Oryx' SHORAD system was first unveiled at the 2015 Taipei Aerospace & Defense Technology Exhibition (TADTE). It incorporates an upgraded naval variant of the Tien Chien I (‘Sky Sword 1') guided air-to-air missile used by the RoC Air Force. The missile design has undergone a number of modifications in recent years, including the addition of four fins to the original four for more stabilisation after launch. 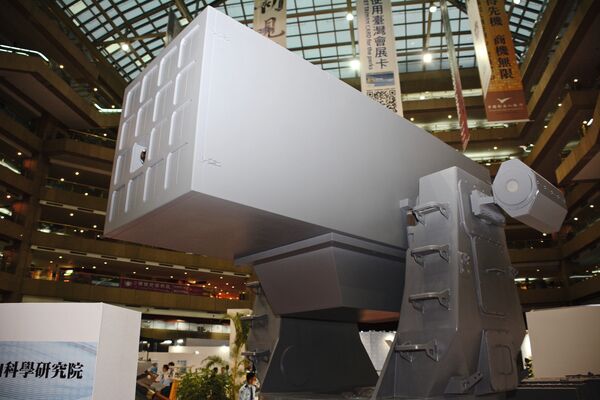 The missile has a maximum effective range of 9 km and can reach a maximum altitude of 3 km. The ‘Sea Oryx' is deployed from a pivoting multi-axis launcher providing rapid engagement of a number of targets.