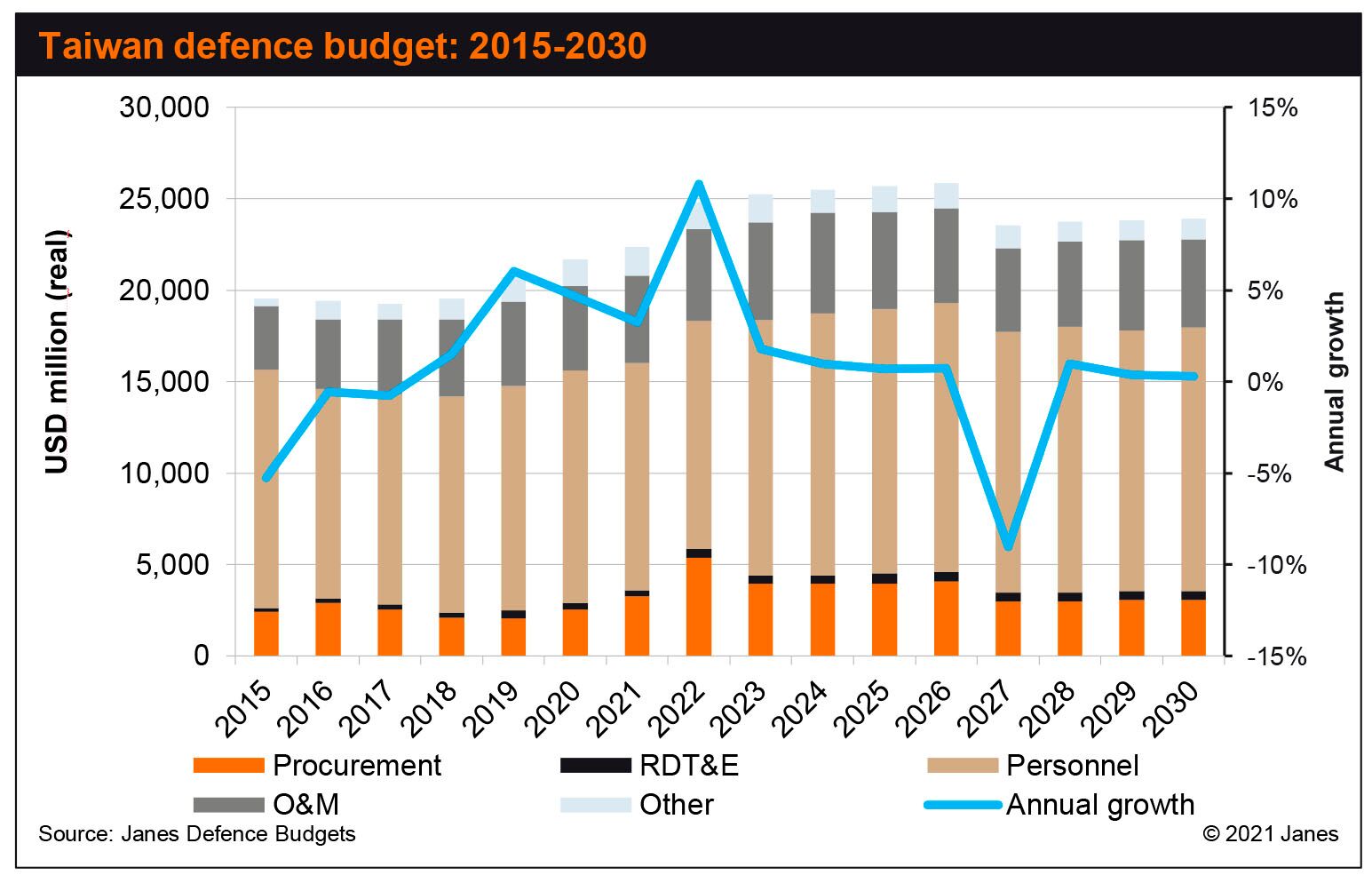 Taiwan's Legislative Yuan announced on 23 November that it has passed a proposed law to allocate TWD240 billion (USD8.6 billion) in additional funding to support the modernisation of the island's navy and air force.

The law – entitled a special statute to upgrade navy and air force defence capabilities – outlines the requirement to provide the funding through a “special budget” that is in addition to the annual military expenditure.

The proposed law, which provides the funding over five years, was submitted to the Legislative Yuan in early October, having been approved by the Executive Yuan in September.

According to the Legislative Yuan, the funding is required to “enhance naval and air defence capabilities and joint combat effectiveness”. It is also intended to “ensure national security and regional peace and stability, and achieve the enhancement of national defence autonomy”.

In reference to autonomy, the law also states that the funding will support the procurement of locally developed and produced military systems.

In terms of specific systems, the Legislative Yuan identifies several capabilities that will be acquired through the funding. These include unmanned combat aerial vehicles (UCAVs), ground-based anti-ship missiles, a ground-based air-defence system, naval vessels, and “other urgently needed systems”.

Taiwan's Legislative Yuan announced on 23 November that it has passed a proposed law to allocate TWD...