Taiwan’s government is committed to “steadily” increasing its defence budget to enhance the island’s security as well as spur indigenous defence industrial development that will have emphasis on collaboration with foreign partners, a senior Taiwan government official told the US-Taiwan Defense Industry Conference 2020.

The US-Taiwan Defense Industry Conference is being held virtually on 5–6 October. The event is the 19th in the series and is designed to support defence co-operation – including defence trade and industrial collaboration – between Taiwan and its key security partner, the United States. 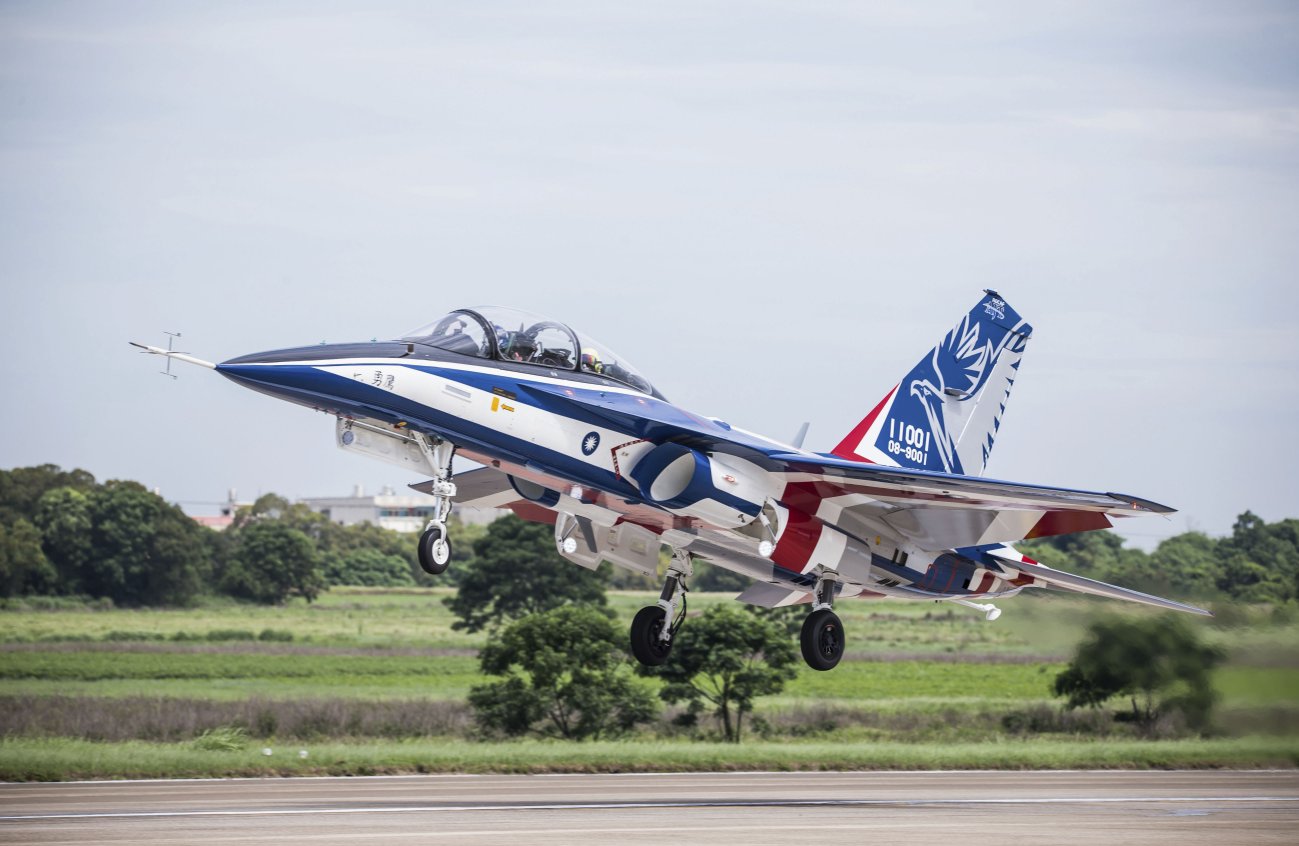 Taiwan’s T-5 ‘Brave Eagle’ AJT conducted its first flight in June. The project is cited by Taiwan as one that can support greater collaboration between local and foreign firms. (Taiwan MND)

In his speech at the event, Chang said that Taiwan’s defence budget will reach in 2021 an “historical high, [which is] a reflection of Taiwan’s resolve of self-defence”. He added, “Based on an overall consideration of fiscal resources and enemy threats, Taiwan will continue to steadily increase [its] defence budget to facilitate the implementation of force build-up and readiness plans.”

Taiwan’s government is committed to “steadily” increasing its defence budget to enhance the island’s...